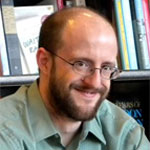 Earlier this year, I was studying my royalty statement from DAW, comparing my print and electronic sales. I’ve been hearing for years that print is dying and e-books are the future, so I was rather surprised to find that electronic sales made up only 3-5% of my overall book sales.

Certain champions of self-publishing were quick to point out what I was doing wrong. My books were priced too high at $6.99. Digital rights management (DRM) was hurting me too. And of course, by going through a major publisher, I was cutting myself out of the big royalties.

So I decided to experiment. In October, I put my out-of-print mainstream novel Goldfish Dreams up for sale on B&N and Amazon as a $2.99, DRM-free e-book. My friend Steven Saus did the conversion for me. (This is not an instant or easy process; both Amazon and B&N have guidelines for their preferred formats.)

Here were some of the advantages I had going in:

After roughly two months, I’ve sold 33 books through Amazon and 4 through B&N, for about $75 in royalties. Hardly the thousands certain voices led me to expect. By comparison, in the past eight weeks, Bookscan tells me that my backlist with DAW has sold 2200 books, an average of 370 per book. Even the book that came out more than four years ago sold about 280 copies. Those royalties come to more than $1000.

So much for buying that new mansion. But there are people making this work. I’ve spoken to a number of authors who are earning hundreds or even thousands a month from self-publishing e-books. Sherwood Smith describes a slow trickle of sales in the beginning, but after eight months, she’s selling about 700 books a month through Smashwords and Kindle. Scott Nicholson recently wrote about selling close to 30,000 self-pubbed e-books in 2010. So what are these authors doing right?

First of all, these are writers who have been published commercially, meaning they’re likely to have a preexisting audience for their work. In my case, I may have a good-sized fantasy fan base, but not so much with mainstream readers. So by e-publishing Goldfish Dreams, a mainstream novel, I expect my results are much closer to what brand-new writers would see if they skipped straight to self-publishing their e-books.

Genre matters too. Smith says, “Most of the sales are two romantic fantasies, one YA and one early YA, more like middle grade. My tiny bit of experience is correlating with a recent article in the New Yorker or the NYT or something, wherein the journalist reported that romance is outselling everything else.”

Most of the more successful writers I spoke to had also e-published multiple books. Almost everyone who spoke of making a thousand dollars or more per month was talking about total royalties from multiple books.

Not everyone’s experiences were positive. Laura Anne Gilman published a short story collection electronically, and described results similar to my own, adding, “Of course, that doesn’t account for the copies that were immediately pirated and torrented everywhere. It was the latter that put me off doing another collection – too much work on my part to reward people who don’t want to pay anything for it.”

Publishing is changing, and overall e-book sales are growing. What’s happening five years from now will be different from what’s happening today. But one thing I expect to hold true is that there are no shortcuts. Writing is hard, publishing is a business, and slapping your very first manuscript up on Kindle is not going to make you rich. On the other hand, for authors with a fanbase and backlist, there are ways to make it work.

Jim C. Hines‘ latest book is RED HOOD’S REVENGE, the third of his fantasy adventures that retell the old fairy tales with a Charlie’s Angels twist. He’s also the author of the humorous GOBLIN QUEST trilogy. His short fiction has appeared in more than 40 magazines and anthologies. Online, he can be found at http://www.jimchines.com