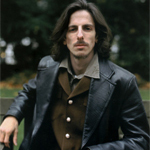 “Does it matter that more books don’t address minorities or gender equality?”

It’s segregation for the readers too. They may be able to go to a little corner of the genre where they can find stories that speak direct to them (a gay spec fic mag like Icarus, say.) This is the segregation of the ghetto. While this holds, as much as the abject may appreciate much of the narratives they’re written out of, the constant awareness of their erasure from these narratives is a barrier that prevents full enjoyment, a sign that says, “No Blacks” or “No Gays” (or whatever) that they must choose to ignore. This is the segregation of water fountains at which the abject cannot drink and be refreshed as the non-abject can.

There’s no requirement on an author to engage with the issues of race or sexuality or whatever as subjects; an author’s thematics is their choice. The desire for inclusion is not a politically correct demand for quotas whereby X% of seats at the front of the bus are allotted to the abject, such that some poor old lady who deserves that seat will be forced to stand; that’s a straw man of the committed segregationist. Nor is it a trivial petition for “diversity” that can be met with perfunctory tokenism; that’s a complacent delusion of the unwitting segregationist. It’s a desire for integration, plain and simple — nothing more, nothing less.

Hal Duncan was born in 1971, brought up in a small town in Ayrshire, and now lives in the West End of Glasgow. A member of the Glasgow SF Writers Circle, his first novel, Vellum, won the Spectrum Award and was nominated for the Crawford, Locus, BFS and World Fantasy Awards. As well as the sequel, Ink, he has published a poetry collection, Sonnets For Orpheus, a stand-alone novella, Escape From Hell!, and various short stories in magazines such as Fantasy, Strange Horizons and/Interzone, and anthologies such as Nova Scotia, Logorrhea, and Paper Cities. He writes a regular column for BSC Review, had a musical, Nowhere Town, produced last year by a theatre group in Chicago, and also collaborated with Scottish band Aereogramme on the song “If You Love Me, You’d Destroy Me” for the Ballads of the Book album from Chemikal Underground.

Additional essays on the subject can be found at BCS Review and at Notes from the Geek Show.