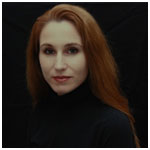 Recently, the Los Angeles Times published an article by Pico Iyer called “The Writing Life: The Point of the Long and Winding Sentence.” Here’s how the article begins:

“‘Your sentences are so long,'” said a friend who teaches English at a local college, and I could tell she didn’t quite mean it as a compliment. The copy editor who painstakingly went through my most recent book often put yellow dashes on-screen around my multiplying clauses, to ask if I didn’t want to break up my sentences or put less material in every one. Both responses couldn’t have been kinder or more considered, but what my friend and my colleague may not have sensed was this: I’m using longer and longer sentences as a small protest against – and attempt to rescue any readers I might have from – the bombardment of the moment.

“When I began writing for a living, my feeling was that my job was to give the reader something vivid, quick and concrete that she couldn’t get in any other form; a writer was an information-gathering machine, I thought, and especially as a journalist, my job was to go out into the world and gather details, moments, impressions as visual and immediate as TV. Facts were what we needed most. And if you watched the world closely enough, I believed (and still do), you could begin to see what it would do next, just as you can with a sibling or a friend; Don DeLillo or Salman Rushdie aren’t mystics, but they can tell us what the world is going to do tomorrow because they follow it so attentively.”

I love the phrase “the bombardment of the moment.” And I feel that – don’t you? The bombardment of now, of what is happening now, and now, and now, every moment that we live in the world? If you become too involved in it, you begin checking the news regularly to make sure you keep up. Or even your facebook or twitter feeds, to make sure you don’t get behind. It’s as though we always have to know what’s going on.

I understand Iyer’s initial idea that the writer is supposed to gather and transmit information about the world, but it’s wrong: we are not televisions. DeLillo and Rushdie may be able to tell us what the world is going to do tomorrow, but it’s not because they follow it so attentively. It’s because they have something else, a deep historical sense, a sense of intuition. That’s not something that comes from focusing only on the now.

Iyer realizes some of this. He writes,

“Yet nowadays the planet is moving too fast for even a Rushdie or DeLillo to keep up, and many of us in the privileged world have access to more information than we know what to do with. What we crave is something that will free us from the overcrowded moment and allow us to see it in a larger light. No writer can compete, for speed and urgency, with texts or CNN news flashes or RSS feeds, but any writer can try to give us the depth, the nuances – the “gaps,” as Annie Dillard calls them – that don’t show up on many screens. Not everyone wants to be reduced to a sound bite or a bumper sticker.

“Enter (I hope) the long sentence: the collection of clauses that is so many-chambered and lavish and abundant in tones and suggestions, that has so much room for near-contradiction and ambiguity and those places in memory or imagination that can’t be simplified, or put into easy words, that it allows the reader to keep many things in her head and heart at the same time, and to descend, as by a spiral staircase, deeper into herself and those things that won’t be squeezed into an either/or. With each clause, we’re taken further and further from trite conclusions – or that at least is the hope – and away from reductionism, as if the writer were a dentist, saying “Open wider” so that he can probe the tender, neglected spaces in the reader (though in this case it’s not the mouth that he’s attending to but the mind).”

And you know, I see his point. We do need, not more, but a deeper relationship with what we have. Not knowledge, or not just knowledge, but understanding. That’s what writers give us. I think it can happen in ways other than by writing long sentences. You can achieve depth and nuance through a variety of techniques. But the important thing to remember is that the writer is not a television, just as the artist is not a camera. Both the writer and artist are there to convey what is underneath, rather than on the surface. To engage not the eye but the imagination, the inner eye.

Iyer’s article makes me want to experiment with longer sentences, to see what I can do with them. Toward the end of his article, he gives a wonderful example, quoting Annie Dillard:

“Watch Dillard light up and rise up and ease down as she finds, near the end of her 1974 book Pilgrim at Tinker Creek, ‘a maple key, a single winged seed from a pair. Hullo. I threw it into the wind and it flew off again, bristling with animate purpose, not like a thing dropped or windblown, pushed by the witless winds of convection currents hauling round the world’s rondure where they must, but like a creature muscled and vigorous, or a creature spread thin to that other wind, the wind of the spirit which bloweth where it listeth, lighting, and raising up, and easing down.'”

What’s so wonderful about that sentence, what makes it work, is that it’s preceded by the short “Hullo,” which functions as a sort of anchor, a strong beat that grounds us before the lilting sentence begins, and the fact that the sentence itself moves like that windblown maple key. We can feel it moving as the sentence moves.

So, long sentences. But more important than that, nuance and depth. Those are the lessons for today. 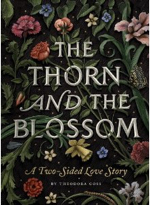 Theodora Goss was born in Hungary and spent her childhood in various European countries before her family moved to the United States. Although she grew up on the classics of English literature, her writing has been influenced by an Eastern European literary tradition in which the boundaries between realism and the fantastic are often ambiguous. Her publications include The Thorn and the Blossom: A Two-Sided Love Story (2012); the short story collection In the Forest of Forgetting (2006); Interfictions (2007), a short story anthology coedited with Delia Sherman; and Voices from Fairyland (2008), a poetry anthology with critical essays and a selection of her own poems. She has been a finalist for the Nebula, Crawford, and Mythopoeic Awards, as well as on the Tiptree Award Honor List, and has won the World Fantasy and Rhysling Awards.

This is an excerpt from a post that first appeared on her blog.