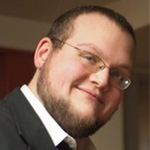 Today, we’re going to look at what a pro story is and how to tell one. It’s going to be the crashiest of crash courses, but I think it’s important to touch on the subject for any new writers who might be reading this. It’s my opinion that no amount of networking, no prior reputation, no endorsement, no anything will sell a story that isn’t a story. There are (unfortunately) exceptions to every rule, but they are (blessedly) rare. You may be tempted to say, but Steve, what about the piles and piles of crap published every year? Fair enough. But let’s hold off criticizing other writers, especially published writers, until we’ve done some publishing of our own. It’s been my experience that the meanest, most bitter and brutal critics are the ones whose work isn’t any good; don’t be one of them. A good writer knows what it takes to tell a story. They realize even if another writer only gets a story 80% right—if the story has a skeleton it can stand on, even if the skin ain’t so pretty—that’s still something worthy of respect. This shit is harder than it looks.

There are tons of great resources on writing fiction, and I won’t even attempt to get into all that information here. What I’m going to focus on are the macro, big-picture things I’ve learned through personal experience. Hopefully, they can save you some time.

First of all, let’s get this out of the way. The old question “How do I become a writer?” really only has the one simple (and unbelievably difficult) answer: “Read a lot, and write a lot.” That really is it. Most of the stuff I’m going to tell you, it’s the details. It’s icing. It’s trim. It’s freakin’ parsley. If you don’t read and you don’t write, this post will do nothing for you—and neither will any other resource. Unless you’re a genius (trust me; you’d know if you were), you have to work. Once you’re writing consistently, all the pieces of information you’ve picked up along the way will start to click into place, one by one, like cogs in a living machine. But until you start doing the writing part of being a writer, the cogs will just lie there on the floor, looking pretty (perhaps making you sound smart when you talk about how you would have written somebody else’s book), but ultimately they’ll just collect dust.

So what is a pro-level story? It’s a joke.

I don’t mean stories aren’t to be taken seriously—quite the opposite. And I’m not saying the concept of a professional story is elitist or outdated. God no. I’m saying that a pro story is a complete idea that evokes an emotional response, at any length. Have you ever met someone who likes to drag their jokes out with lots of details? What about someone who just tells it, hits the important bits, and gets to the punch line? Both methods work if the joke is a good one. It can be passed along, from person to person, and the core of it will remain the same. A pro story is like that. If the concept is good enough, you should be able to get people excited just by explaining it, usually in just a sentence or two. The concept should be so good, people want to tell their friends about it. It should get stuck in their heads. They should say, “Man, why didn’t I think of that?”

Basically, when you begin developing a story, you should begin by saying, “What is this? What am I making? What is it supposed to do?” As a writer, you’re not just putting down words or expressing yourself or “being creative.” You’re building an intellectual property. You’re turning your thoughts into words into a product you can sell. (If this concept makes you uncomfortable, it could be you aren’t right for commercial and/or genre fiction. If, on the other hand, you get excited at the sheer power implied in what I just said—that people will pay you for a construct of thoughts and letters, because they want to—then great. We’re on the same page; it’s a pretty crazy page to be on.)

As a beginner, it can be easy to feel like you’ve got story down, and it’s just your writing that needs work. I don’t know you, but I feel confident in telling you that’s probably bullshit. I believed the same thing once, and I spent my teenage years trying to teach myself to “write purdy” before I realized that wasn’t the important part. The important part was what is the story about and how can I give it shape?

Once you know what you want your story to be, it’s time to figure out what your story is. These aren’t always the same; in fact, usually they aren’t. Stories in our heads are incorporeal clouds of emotion. They’re pristine, unblemished by logic or prying eyes from the outside. Your job as a writer is to take that cloud of emotion and imagery, examine it, throw it away, then try to build something that makes people feel the way you felt when you first had the idea.

But how do you know if your idea is actually worth developing into a story? Well, you try explaining it to someone. Trying writing it out in a sentence or two. If you can’t do this, I can almost guarantee your story isn’t a story; it’s still an emotion cloud. That can be a hard thing to admit to yourself, and once you do, what then? Well, at that point you can either abandon the emotion or build a skeleton to hang it on—a concept to carry it, a plot to make it move, characters to make it human, and zing to make it sing.

The zing I just mentioned is the only original thing you will ever bring to a story: you. The rest has been done and done. This is the first time anyone has ever been you, with your unique experiences and perspectives. If I had to pick a most-important piece of advice to give a brand-new writer (other than the old “read a lot, write a lot”) , it would be this:

But if you don’t have a good story, nobody is going to give shit-one about your soul, so we’re back to that. So where do writers come up with good concepts? The dreaded question: Where do you get your ideas? I’m actually going to attempt to answer it, and the answer—like the answer to “How do I become a writer?” —is deceptively simple. Here’s my version of it:

STEVE’S RECIPE FOR A GREAT IDEA

1) Gather ingredients by living your life and paying attention to the amazing, funny, heart-breaking things that happen all around you, every day.

2) Mix the hell out of them in every imaginable combination.

It really is that simple. And believe me, if you have any small measure of talent, you’ll know when something really, truly pops. It’s like lightning. You’ll see one concept line up with another, and suddenly you’ll see all the possibilities between them, the tension, the way they play off one another. It’s a great feeling.

Take the concept for my first novel (which I can’t claim; it was my wife’s idea):

“The story is about a guy and girl who take a love potion.” Did I lose you? Are you asleep yet? That’s not a story, not even close.

Now try this: “The story is about a guy and girl who despise each other. They’re tricked into taking a love potion that makes them fall madly in love when they’re apart, but not when they’re together.”

Now we’ve got something to work with. That little twist—they don’t want to be in love, they didn’t mean to take the potion, and it only works when they’re apart—sets the whole thing off. Now they have to be together to be themselves. Love Potion + Proximity = Neato! I almost peed myself (figuratively speaking) when Lynna shared this concept with me. The ideas for what to do with it came almost immediately, like someone had turned on a hose. (The pee and hose comments are unrelated.) That’s how you should feel when you have a good idea on your hands.

4) Repeat as often as desired, forever and ever, amen. You’ll never run out of ideas until the world runs out of shit to show you.

Once you have your concept, the hard (and fun) part begins. You have to make your story into something people can read. You have to manifest it, bring it into existence, give it form. You have to provide it with a world and a chronology and characters. You have to give it tone, pace, and rhythm. You have to make it, and the only way to learn to do this well is with study, love, and loads of practice. We can talk about that stuff another day. In the meantime, remember this:

If you wait to write until you know everything, you’ll never write. Writing is one of those games you have to play to learn. Go play it.

Steve grew up listening to his dad’s ghost stories and never recovered. He attended Uncle Orson’s Literary Boot Camp in 2009 and currently lives in Oklahoma in a small house full of girls. His stories have appeared in Intergalactic Medicine Show, Redstone, Daily Science Fiction, and others. His weekly blog posts on fiction writing and comic books are available at stevenrstewart.com, where this post first appeared,  or via his Twitter, @StewartWriter.