Dear SFWA Members:
The board is aware of a number of complaints by members regarding Bulletin issue #202, specifically the article by Mike Resnick and Barry Malzberg. We welcome this criticism and thank our members for making their voices heard. Further feedback is welcome on our online discussion boards, or else can be mailed to either Rachel Swirsky (vp@sfwa.org) or John Scalzi (president@sfwa.org).
In response to this and previous feedback from members about recent issues of the Bulletin, I have authorized the formation of a task force to look at the Bulletin and to determine how the publication needs to proceed from this point in order to be a valuable and useful part of the SFWA member experience. This task force consists of SFWA’s current vice president and incoming president, as well as related SFWA administrative staff, and experienced editorial consultants. The task force is:
Rachel Swirsky
Steven Gould
Jaym Gates
Kate Baker
James Patrick Kelly
Charles Coleman Finlay
Neil Clarke
The task force also expects to consult with several SFWA members who have editorial experience, both with the Bulletin and with other publications. Anyone who wishes to make themselves available for consultation should contact Rachel Swirsky at vp@sfwa.org.
The task force and the board also intends to solicit further, detailed opinions from the membership as a whole about the Bulletin as part of an upcoming stage of the project. More details on that will be made available soon.
John Scalzi 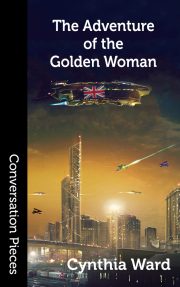 Lesbian vampire spies at the cabaret!