The aging writer hunches over her pen and paper in a cramped and cluttered room. The hour has grown late, daylight long since fled. The wicks of candles gutter as a cold draft of wind blows through the crevices of eternity. The writer shivers, pulls her tattered shawl closer around her thin shoulders. She has forgotten to pay the light bill, and now her fingers are blue with cold, the fingerless gloves she wears little protection against the frozen hells of reality.

Against the wall sits a computer, but without electricity, it won’t work, of course. So now the writer’s fingers are stained with ink, the sheets of paper on her table smudged and chaotic, with whole paragraphs crossed out and indecipherable lines scribbled in the margins.

The writer huffs out a breath, crosses out another line of work. Then she starts, shivers at a faint tap at the door.

She tries to ignore the tapping, but it comes again—and again. It will not let her be.

Finally she rises, stalks to the door.

“Leave me alone!” she yells through the flimsy portal. “I don’t want any Girl Scout cookies.”

“Hello,” says a sprightly voice from the other side. “I’m not selling Girl Scout cookies. I’m here to rescue you from your demons.”

“What demons?” says the writer. “I don’t have any demons. Go away!”

But now the demons appear. They are huge and hulking, with red, burning eyes. Their shadows flow over the ceiling, dance in a wild celebration of darkness and evil.

The writer throws open the door. On the threshold is a beautiful child, endowed with both youth and beauty. She is surrounded by the warm glow of magical powers.

The writer rubs one hand over her own ravaged face, vaguely remembering a time when she was young and beautiful, too.

The willowy child leans against the doorframe.

“The world has changed,” she says. “Networking can help you market your stories,”

“What?” echoes the writer.

“Aren’t you having trouble with a book contract just now? The SFWA can help you with that.”

The writer tries to slam the door, but the child has her foot wedged in it.

“Sitting here in darkness and isolation isn’t going to enlarge your fan base any,” she says. “You need to have a Webpage, a Twitter account, a…”

“You could attend the Nebula Awards week-end. One of your stories was nominated last year. If anyone knew who you were, it might have won.”

“My work will stand on its own,” growls the writer.

“In a perfect world that might be true,” says the child. “But in this one, you need to be more proactive. This reclusive, starving artist methodology won’t do you any good in the 21st century.”

“I’ve got a deadline…” says the writer. 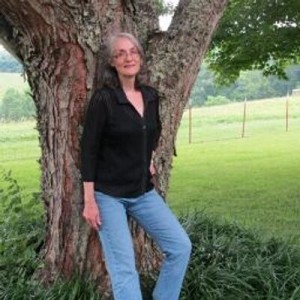 aving trouble with a literary agent?” asks the child. “I can help you with that, too.”

“Alright!” says the writer, “alright. I’ll join. I’ll participate. Just let me get back to work, okay?”
The child smiles at her warmly, takes her foot out of the door.

The writer shuts the portal, hunches back over her table and picks up the thread of her story. She thinks a professional organization won’t make that much difference, but when she looks up later, a couple of the demons are gone.

Lela E. Buis is an artist, author and poet. She was born in East Tennessee and graduated with degrees from The Florida State University and The Florida Institute of Technology. She lived for a long time in Florida, working at jobs including engineering designer at Kennedy Space Center and teacher of various subjects and levels. She began drawing and writing as a child and leans toward genre fiction in the writing, having published mainly science fiction and fantasy stories and poetry. She is a member of the Knoxville Writer’s Guild, the Science Fiction and Fantasy Writers of America and the Science Fiction Poetry Association. When she’s not painting or writing, she looks after four barn cats and a part time dog.