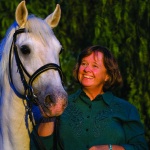 Some books happen because they seem like a good idea at the time. Some are written to market, and some attack from deep down where the heart is. Books come from all kinds of places.

Then there are the ones that grow from deep roots. Childhood story sagas scribbled longhand in notebooks or tapped out on computers in the wee hours when no one else is awake. Juvenilia: every lifelong writer has it, the million words and counting that tune up the skills for the eventual, professional works.

Mostly the early stuff goes into the trunk, or even the recycling, and never sees the light of day. But the ideas and concepts and plots and characters may evolve with the writer, grow out of their larval stage, and become an adult novel or series.

When I was a larval writer, I didn’t know or care about genre or marketing categories. I wrote what I wanted to write, in whatever way I felt like writing it. Fantasy? Science fiction? Either, both? If it was fun, if it felt right, it went into the endless, accumulating, constantly evolving epic that lived in a box under my bed and came out in the late night or the early morning to grow some more.

That wasn’t going anywhere commercially, but since it was a secondary world and I was a historian by day, I knew what I could do. I could take the long view. I could write the ancient history of this world. And lo and behold, I had fantasy. High fantasy, we called it then. It’s called epic now, and in the Nineties the boys discovered it and started making money off it, and girls got shunted off to other ghettos, ahem, genres, but that’s another manifesto that I’ve published elsewhere.

So here I was, back in the Bronze Age of my childhood universe, doing all the proper things with swords and magic and empires, of course empires. And that was fun and somewhat profitable, but the historicals and the historical fantasies did better and received more respect, so I mostly focused on those.

But these books were my first love. I came back to them in the Nineties, to round off a second trilogy—but one thing about deep midlist obscurity: I could get away with some visible genre-bending. A little science fantasy. A thread of very early historical fantasy (oh, that was fun). And that was the book called Tides of Darkness, and that was it, thought I. I’d moved on.

The new millennium came, and publishing changed. Authors had less power than ever in the mainstream, but there were alternatives—and some of those could set a story free.

A story, for example, that began (officially) as an epic fantasy, but had its own secret future history. With mages. In space.

The market has its rules, and readers have their expectations. But the adult writer knows how to work with that, too. Space opera. Psi powers. Living starships. Political complications. Archaeology—because all that history leaves traces. And mysteries.

So here I am, having published two epic-fantasy trilogies in the childhood universe, and I’m on the second space opera in that same universe. Which is also our own. Because it all ties together.

And because publishing has entered a new universe, I get to do this on my own terms, with a Kickstarter to fund it and an authors’ co-op to publish it and a sense of freedom—and fun—that takes me straight back to my first days as a baby writer. It’s a good time to be a writer, even with all the scary changey bits.

The six volumes of Judith Tarr’s two epic fantasy trilogies, Avaryan Rising and Avaryan Resplendent, are available in ebook form from Book View Café and most of the major retailers. Her first space opera, Forgotten Suns, was published in trade paper and in ebook by Book View Café in April. The Kickstarter campaign for the second, The Stars Beneath, is running through November 15th.