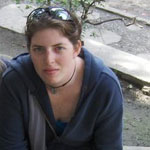 In announcing a new award at her Guest of Honor speech at Wiscon 40, Nalo Hopkinson asked, “What are we doing to foster joy and welcome to this community? What are we doing to cultivate its health and vibrancy? What are we doing to create an environment in which imperfect people (as all people are) can feel encouraged and supported to take the risk of a misstep, perhaps learn from it, and come back refocused and re-energized, eager to try again? ”

In answer, Nalo has created the Lemonade Award, which will be awarded to five people or groups who “perform small and large actions of kindness” in the SFF field.

Other efforts to recognize those who foster joy and welcome diversity in our community have also been undertaken. In early 2015, just before BayCon in the San Francisco Bay Area, I was talking with horror author Steve Mix and BayCon staff member Elanor Finster about a way to lighten the mood. “Wouldn’t it be funny if we ran up to people in the halls of a convention, thrust a trophy in their hands, and told them they had to make an acceptance speech on the spot?”

It was a gag, a joke, a combination of icebreaker and performance art. Next thing we know, Steve Mix was sending Elanor and me photos of trophies, trying to pick out the best one. Then he asked us who should get one. Who’d be down for the joke? Who laughs easily? Who is friendly, and always ready to reach out to new convention goers and familiar faces alike? Who makes the con scene a better place for all of us?

Those last questions suddenly became more important than the joke. The hallway gag became part of the 2015 variety show at BayCon in 2015, and the Mixy Award was born.

Steve Mix is a self-published speculative fiction writer and a U.S. Army veteran who works in a non-profit organization in the autism community. During the awards ceremony in May of 2016, Mix talked about a mentor he’d had as a teacher for autistic children. She was patient and generous. Whenever she found that the program wasn’t working for the kids, she would change the program, not the kids. Steve Mix believes the Mixy should operate under the same principle.

When a member of the community is driven to the brink by suffering, but they fight their demons and survive another year, the community sees that. If the world is a better place for you being in it, you are eligible to get a Mixy. If you ask Steve Mix why he gave you one, he’ll say, because you’re awesome, as though that should never have been a question in the first place.

A committee of five people–a combination of authors and BayCon staff members–give the Mixy Awards out, not because they’re trying to fix what’s wrong, but because they want to celebrate what’s best: our capacity to build new friendships regardless of how broad or esoteric our SFF fandoms are.

Similar efforts are burgeoning. Conventions you attend and authors you know are pooling their efforts to increase inclusiveness and to shine a light on those who champion the same values. Here are a few examples:

Fans, readers, and authors have the power to make our community a more celebratory, positive place. We are all world-builders, and the first world we build is the one we live in.

Setsu’s work has appeared in Podcastle and Grimdark Magazine. She is a member of Codex and SFWA. While she has dabbled in many arts, only writing and martial arts seem to have stuck. Find her on Twitter @KatanaPen