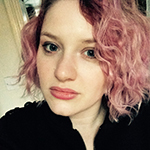 When it comes to equal representation in fiction, women have a long way to go. There simply aren’t enough female characters in books and that’s counting those that appear only as romantic interests, victims to be saved, or someone’s mother. Is it really so much to ask for an equal number and variety of well-written, three-dimensional female characters?

What is a ‘strong’ character?
It is important to understand what we mean when talking about strong characters, be they male or female. This isn’t physical strength or the strength of their convictions. A strong character has strong characterisation. They are flawed, complex, varied, fallible, and realistic.

A common issue with novels claiming to have a strong female character is the creation of an arbitrary distinction between strong and weak, useful and ineffectual, passive and active. In such cases, women are often pigeon holed into stereotypes – the weak woman is caring and vulnerable, overly emotional, and concerned with domestic issues, while the strong woman is aggressive, abrasive, violent, and has difficulty connecting emotionally with others.

When critics cry that there aren’t enough strong female characters, they aren’t talking about women adhering to the masculine warrior stereotype. Instead, what they are looking for are female characters who have as many varied personality traits as their male counterparts.

The fallacy of the exceptional case
The chosen one is one of the most common tropes in SFF. The chosen one, by definition, must be exceptional. If the narrative involves a chosen female, many writers – and readers – will, by default, exclaim that they have found an example of a strong female character. But simply being the prophetic wunderkind does not make a character strong by default.

If your story hinges on this particular woman being special, an exceptional member of her gender, it is easy to brush off the majority of women as ‘weak’. While stories involving such characters often involve men slowly realising they shouldn’t be so surprised that a woman can handle herself so well, the very framing of the narrative in a way that has men writing off most women as incapable is an issue unto itself. If only one woman is ever shown to be capable and is presented as an exceptional case, gender equality has a long way to go.

The shedding of femininity
Another common feature of so-called strong female characters is having them shed traditionally feminine traits in favor of masculine ones. These women don’t want children, are interested in sex more so than love, and are typically callous when it comes to emotions of any kind. Why do we feel that for a woman to be strong she needs to be more like a man?

Possibly the worst trope of all is that of the ‘strong’ woman determined to live without a man. It becomes a twisted interpretation of the affirmative idea that women don’t need men. By the end of the story, more often than not, the woman falls in love and drops her determined anti-men attitude. She is effectively tamed, embracing her femininity once more. Alternatively, albeit less frequently, her behaviour is equated to misandry, her independence cast as a male-defined isolation rather than self-sufficiency.

Men and women alike embrace some traditional feminine roles while rejecting others. At no point do we feel the need to act as masculine warrior types in order to prove our validity as human beings to others. If women in real life can be such multifaceted creatures, they should also be so in fiction.

More than one woman in the world
This isn’t Smurf Village with Smurfette being the only woman in a sea of little blue men. Our world, and presumably any secondary world that requires both genders for procreation, has an approximate 50/50 balance of men and women.

As such, one of the simplest ways to avoid falling into any of these traps is to have several female characters in your world. I’m by no means suggesting that every woman in your story needs to be full of emotional depth. Any narrative will have its tertiary and background characters. Some of these will even be dealing with archetype and stereotype: you need quick ways to identify their roles, after all. As long as your main cast of female characters inhabit varied societal roles and display a full gamut of emotional responses, interests, and behaviour in a world populated by both women and men, you’ve done more than most to develop a representative fictional world.

When you next sit down to write a novel or short story, try not to fall into the habit of creating only one well-realised female character. Instead, when you are adding in peripheral characters, try not to default to men for all of them. Keeping gender equality in mind when writing will also help to add variety to your world, something that will keep readers interested throughout.

Megan Leigh is an SFF writer, blogger, and podcaster. You can find her musings at Pop Verse or on Twitter @m_leigh_g.

Along with fellow writers Lucy Hounsom and Charlotte Bond, Megan runs Breaking the Glass Slipper, a podcast focused on women in science fiction, fantasy, and horror. Listen and subscribe at iTunes, SoundCloud, and most other podcasting apps. 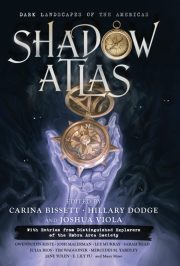