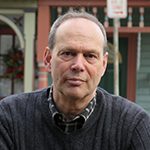 1. As soon as you can put your hands on $3,000, go to Vanguard.com and put that money in the Vanguard 500 Index Fund. Until you’re 65, take 20% of every check you receive for your writing and deposit it immediately into that account. Don’t peek at the account until you’re 65. Forget about it while the money compounds.

2. Get a written agreement for every transaction, even with people you love and trust. I am still trying to solve feuds stemming from oral agreements for tiny properties that wound up becoming movie/TV franchises.

3. Don’t ever think, “I don’t want to bother my agent with this trivial matter.” It’s not just that it might be a bigger matter than you realize, but even if it stays small, it may still have to be cleaned up some day. Your agent would rather do the work now than have to deal with a bigger problem later.

4. Business-savvy writers wisely say, “Look out for yourself, keep all rights that you can, walk away from a deal rather than compromise.” That rule has a corollary. You do best by making money for your partners and earning their loyalty. Never be ripped off, of course. But conceding a point in order to let a partner (agent, studio, publisher, collaborator, whatever) do better, is sometimes a more lucrative strategy.

5. Never let your spouse have any say over the rights or copyright in your work. Your signature must be enough to close a deal. Divorce attorneys don’t get this about IP. Explain it to yours.

6. Have an agent. If you feel you don’t need one, find another human being to whom you have no emotional attachments, who knows a lot about the IP business, will tell you the truth, will be a sounding board for your literary and business questions, and will speak to the buyers of your work so that you can keep some distance from them. Give that person 15% of your income so that they feel adequately compensated for providing you with these services.

7. Think of all business decisions like tattoos: before committing, extrapolate twenty years into the future and figure out what the long-term implications might be.

8. Go with your gut. If you feel that a certain agent, editor, or producer is the right one, go with that instinct. Don’t hold your nose and go with the wrong deal because you think there’ll be a financial benefit. You almost always make more money (eventually) from the deals that feel right, with partners you respect and trust. The bigger check with the worse smell is not the one to take.

9. Don’t be clever. If there’s something you want, say it plainly and stick to it. Brutal candor is hard to do, but people appreciate it more than you’d think. You’ll make more money from partners who think you’re an asshole but know that you always tell the truth, than you ever would from some Machiavellian scheme which will eventually be exposed.

10. Find the right balance between being too loyal and too fickle. Don’t stay too long with the wrong agent or publisher, but don’t hop around. If your backlist is spread among half a dozen agents and a dozen publishers, there’ll be a price to pay for that. Is this move really going to improve your situation, or are you just looking for the short-term thrill of making a change?

This post is offered under a Creative Commons Attribution-NonCommercial-NoDerivatives 4.0 International license.

Russell Galen began his career as an agent in 1977 and formed his own agency in 1992, meaning he’s been selling a few dozen books a year continuously for nearly 40 years. His list is divided between nonfiction (specializing in science and history) and fiction (specializing in science fiction, fantasy, and mainstream novels incorporating genre elements).

His notable accomplishments include many milestones in the battle to get broader acceptance, wider sales, and more money for genre fiction. These include the first seven figure deal for a science fiction novel (2010: ODYSSEY TWO by Arthur C. Clarke); repackaging the Philip K. Dick backlist, then out of print, as mainstream literary fiction; pioneering the alternate history genre with dozens of bestsellers by Harry Turtledove and S. M. Stirling; inspiring one of the first mainstream literary bestsellers to arise out of the fantasy genre, THE MISTS OF AVALON by Marion Zimmer Bradley; managing one of the most successful fantasy series of all time, OUTLANDER by Diana Gabaldon; promoting the science thriller genre with New York Times bestsellers by authors such as James Rollins, Paolo Bacigalupi, and Cory Doctorow; steering Terry Goodkind to more than a dozen consecutive New York Times bestsellers including two Number Ones; and managing the contemporary urban fantasy series, SHADOWHUNTERS by Cassandra Clare, to breakout levels of success.

He continues to take on and develop new writers. Recent first novel sales include those by Wesley Chu, Ken Liu, Mishell Baker, and Patrick Tomlinson. 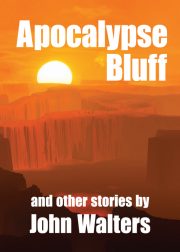