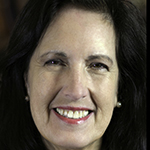 “Or sometimes tear them apart.”

-from The Atheist in the Attic by Samuel R. Delany

I am reading Samuel Delany’s book The Atheist in the Attic very slowly, a few pages every morning, so that I can savor individual gems of ideas through the day, usually latching onto a single concept that resonates for me, makes me think, wonder, question. This morning I’ve been fixating on the above quote, and on various paths of thought where it has lead me.

The Atheist in the Attic is a “fictive reconstruction” of a meeting between the philosophers Gottfried Wilhelm Leibniz and Baruch de Spinoza, told from Leibniz’s point of view. Clearly, philosophy is the subject. But as I read the section quoted above, I immediately applied it to writing fiction. In particular, what drives me to write stories and novels.

I write to understand. My characters and plots are formed in a subconscious that churns with confusion or concern about how the world functions (or fails to function). As I write the story my characters tell me, I find myself posing questions that “reflect and even explain the differences and forces that relate them all… hold them together… or tear them apart.” The journey is what matters to me. Even when I think I may have reached my destination, more questions await me and spur me further. Hence, for me, my quest… my stories… never end.

Is this underlying philosophical foundation true for all writers? It is of the writers I most enjoy reading. But then don’t we all write what we enjoy reading?

What of reading (and writing) for pure entertainment?

I would posit that the human mind is most entertained when we are carried elsewhere, to meet new people and new ideas, to skew what we know or don’t know so that we can begin to see, wonder and question beyond our everyday.

This morning, I’ve been trying to pinpoint when this conflation of storytelling and philosophy started for me. As with so many questions that I have about what formed me to be the thinker, the writer I am today, I find myself looking as far back as I can remember, to my mother sitting by my bed, reading me to sleep.

The books that I loved the most were those that explained by questioning. Like When We Were Very Young by A.A. Milne. I used to ask my mother to read and reread the Milne poems so frequently that even at the end of her life, when she had forgotten so many things, she could recite them by heart. All I had to do was say the first line to get her started.

A few years ago, I came across a worn, yellowed copy of the Milne book among my mother’s effects. It was unmistakably the one from my childhood, marked by my crayon doodles in the margins. I wasn’t surprised when it fell open to one of my very favorite poems — “Halfway Down” — which describes a certain stair from the point of view of a child who tries to determine where it is. After all it isn’t up or down, or anywhere else. “And all sort of funny thoughts run round my head… it’s somewhere else instead.”

“Halfway Down” is pure philosophy. Innocent, direct, unsettled, unsettling. The beginning of a search at the end of the storytelling.

So, my experience of poetry… of the poetry that captured my mind and heart from a very young age and continues to do so… counters the Leibniz (via Delany) distinction between poetry and philosophy.

Yet I recognize an important truth underlying that distinction.

Some minds seek concrete, discoverable descriptions. So the stories they read (and, if they are writers, the stories they create) give them the security of certain familiar constructs. True, the arc of the story (if it’s a well-constructed tale) will likely involve crises, unexpected twists and turns, faith-shaking revelations, and other all too human conflagrations. But, in the end, the story will follow the Greek definition of good drama. All will be revealed and explained, and readers will have catharsis. The emotions the tale engendered won’t seep into their everyday life, because the story concludes with everything tied up neatly. A clean break.

I have enjoyed many such stories (though they aren’t usually among my favorites). But I have a difficult time writing them. As with much else, I blame my mother. When a child’s mind is formed by questions that are only partially answered, because the answers generate new questions, the journey of story as philosophy begins.

So, for me, the greatest compliment a reader can give me is when she says that she’s haunted by one of my stories. That my characters won’t leave her alone. That I have unsettled him, made him wonder and examine. And when my readers offer possible solutions to some of the questions my story poses, we have the beginning of dialog, of the give and take of opinions, and the potential synthesis of new ideas and new stories. That’s when I know I have momentarily succeeded.

On the surface, it might appear that I’m talking about the difference between genre and literary fiction. Some might say that what I’m describing is symptomatic of the current blurring of lines among the various pegholing categories. But I’ve been reading such science fiction and fantasy for years, starting at a young age (though not as early as the Milne poems). Works by writers such as Ursula K. Le Guin and Samuel R. Delany which continue to haunt so many of us with questions and drive us forward. It’s what I love about being a reader and strive for as a writer.

I’m curious to hear from other writers. According to the Leibniz/Delany distinction, is your fiction that of a poet or a philosopher… or someone else instead. What drives you to create your stories?

Sally Wiener Grotta is the author of numerous books including The Winter Boy (a 2014 Locus Award Nominee) and Jo Joe (a Jewish Book Council Network Book). A member of SFWA and The Authors Guild, and a fulltime freelancer, she’s written hundreds of stories, features, reviews and essays published in scores of glossy magazines, newspapers and journals.