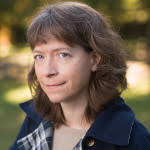 Invention is, simply, the process of identifying what to write. But, whether you’re new to writing or a prolific pro, invention doesn’t always feel simple when you’re stuck on a blank page or screen.

You may have learned in school a stage-oriented writing process that begins with invention (sometimes called “pre-writing”), moves to drafting, then feedback, revision, and editing, and ultimately publication. Researchers now acknowledge, much as practitioners have known, that the writing process isn’t a linear progression. In other words, we use invention not only to start a piece, but throughout the writing process.

This blog post lists ten invention strategies for “pre-writing” or getting un-stuck when the words won’t flow. Regardless of when the need occurs or whether you’re writing fiction or non-fiction, short stories or books, invention exercises can help.

The list below presents a range of invention approaches. Some techniques help begin a project, other practices work best when you’ve already got some ideas, and some strategies may yield better results for particular writers. If one tool doesn’t work, try another. The goal is to write.

Freewriting focuses on rapidly producing words, phrases, sentences, and even paragraphs to bypass writing-inhibiting anxieties about word choice, grammar, spelling, or how a peer reviewer or editor might respond. To freewrite, set a timer for a specified period, perhaps 5 minutes, then put fingers to keyboard or around a pen, and write as fast as possible without slowing to edit or reject any ideas. The session might begin with “I don’t know what to write” and proceed from there. The focus in freewriting is getting ideas and phrases that jumpstart the writing.

Writers can use cell phone or online timers. Web-based freewriting tools include the punitive Write or Die, which deletes words if the writer doesn’t meet their stated goal, and Written? Kitten!, which displays a reward photo at the writer’s goal.

Freewriters who re-read and edit during their timed sessions can turn to a strategy that prevents peeking. In this modified freewriting technique, brave and/or skilled typists open a fresh document, then turn off or tape a sheet of paper over the monitor to keep from seeing what they’re rapidly writing. (The danger, of course, is that the writing may end up looking like a cat walked across your keyboard.) The paper version of “invisible” writing is to pull a sheet of paper down over previously written lines.

This classic activity similarly involves setting a timer and listing ideasas fast as possible without worrying about form, spelling, or editing. Brainstorming prohibits rejecting possibilities for any reason. While freewriting primarily focuses on generating prose, brainstorming involves listing ideas, concepts, and/or phrases one after another, as quickly as possible, until the session time expires.

After ending freewriting (or brainstorming), the writer looks over the session’s output, highlights key words, ideas, or sentences, and then chooses one of these as a focus for another invention session. This strategy enables the writer to develop a particular area. Repeating the looping produces even more material.

Writers often have strong feelings about outlining, or identifying the main structures of a piece before writing. While many writers are familiar with outlining a project before its onset, the reverse outline, which identifies the construction of a piece partly or wholly written, can also be an invention tool. For this technique, writers list in order the keywords or main points of previously written material. This framework can help the writer identify additional areas that can be written, expanded upon, or re-written.

This visual “mind-mapping” technique involves identifying a keyword, phrase, or name, placing it in a circle, and then attaching to the circle additional thoughts or ideas related to that term. The writer then branches additional related concepts off each term. The method helps writers both identify concepts and see relationships between them.

Writers can use mapping techniques on paper or online, such as through bubbl.us.

Much as mapping can help writers visualize connections, flowcharting can help a writer visualize possible choices, a technique particularly useful for plotting character decisions. Writers can create flowcharts on paper or via free online flowchart software, such as draw.io and Lucidchart.

The dialogue technique involves either talking with another person or asking yourself questions about your writing. The process of articulating responses can help the writer identify material to write, as can answering questions, such as: What could create audience interest? What else does the reader need to know to make the material clear? Writers can create various who, what, when, where, why, and how questions to further develop the writing.

Writing about the Writing

Similar to talking to another person, the writing about the writing technique involves the writer articulating what they want the writing to be. Less question-oriented than dialoguing, describing the subject or the writing problem can spur drafting a solution. In her famous Bird by Bird, Anne Lamott suggests writing a letter to someone, real or imagined, about the project because the letter’s informality and/or audience change can initiate ideas and words flowing.

For this blog post, I used multiple invention processes. To get started, I outlined a blog post structure to guide my drafting. I brainstormed invention sub-topics. When stuck mid-paragraph, I challenged myself to freewrite. As I proceeded with drafting and revising processes, I discussed the piece with a friend and asked myself questions. Writers don’t use invention processes only when starting to write fiction, but continuously until we submit or print any writing.

Brenta Blevins is a writer, assistant professor, and researcher of digital rhetoric and composition. Her short fiction has appeared in such markets as Analog and Daily Science Fiction. Her nonfiction has appeared in Clarkesworld, Strange Horizons, and NewMyths.com. She is a graduate of Clarion West. She tweets from @brentablevins.