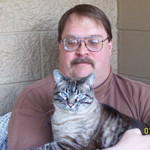 In the second post of this series, I mentioned that the industrial revolution of the Middle Ages began when monasteries created workshops, or “model factories”. The order that was principally responsible for this and the resulting diffusion of technology throughout Europe was the Cistercian Order (Ordo Cisterciensis Strictioris Observantiae in Latin). This was an offshoot of the Benedictine Order, which had come to believe that the Benedictines had strayed from a literal observance of the Rule of St. Benedict and sought to return to a simpler and more austere life dedicated to manual labor and self-sufficiency.

Though the Cistercians influenced medieval architecture, engineering and construction techniques, the arts, theology, and ritual, and encouraged the growth of productivity, for our purposes there were three areas where Cistercian influence was profound. First, because of the Order’s emphasis on manual labor, it tended to concentrate on agriculture. Wherever a new monastery was established, the monks would clear the land around it to grow crops. Since the Cistercians tended to move into isolated regions dominated by wasteland, they were instrumental not only in expanding cultivated land, but also reclaiming what was lost during the Roman Empire. They introduced and propagated numerous innovations, including a new type of plow for the thick wet soil of Europe, crop rotation, fertilizer, the use of crops that could grow on marginal land, brewing and wine-making, animal husbandry and breeding, forestry, new types of crops based on vegetation growing wild, beekeeping, fruit horticulture, fisheries, cheese making, storing water from springs for times of drought, and irrigation. It’s even possible they invented Champagne. More importantly, they taught these innovations to the neighboring farmers, and thereby helped to spread them around Europe.

The second area they profoundly influenced was industrialization. The Order’s emphasis on self-sufficiency encouraged them to create model factories, as much because where they chose to live often had no villages or manors nearby to provide them with the goods and materials they needed. From the ancient Roman records that they salvaged, they learned about waterwheels which they put into practice to power the machines they used in their factories. Beyond that, the kinds of machines they used depended upon their needs. Naturally, they had millstones for grinding the grain they grew to make bread. They used saws to cut the trees they felled in forested regions into lumber, or to cut stones in regions that had limestone and marble into masonry blocks. In locations that had deposits of iron ore and/or other metals they used bellows to aerate their bloomeries, and trip hammers to crush the ore, draw out the blooms into bars, and to work the metal to create tools and implements. In fact, they were master metallurgists and smiths, and there is evidence they were on the verge of inventing blast furnaces to make cast iron. They also used hammers to crush grains for brewing and to full wool for cloth, and their agricultural presses for making wine and olive oil were water-powered as well.

However, their factories were not limited to water-powered machines. In the name of self-sufficiency they also made pottery, glass, bricks, and in later centuries paper. They spread their factories throughout Europe as each monastery established its own, and they in turn propagated to nearby villages and manors as the lay population and the nobility recognized the advantage of such systems for their own use.

The third area the Cistercians profoundly influenced was commercialization. Due to their dedication and efficiency, and their use of advanced methods, the monasteries often had surpluses of grain, wrought iron, lumber, wine and beer, and other commodities, which they sold. They also sold the finely-bred horses and cattle they raised, but what they are perhaps most famous for was wool. In some places, the land they cleared was insufficient for growing crops, but yielded good pasturage, so many monasteries raised sheep and thereby produced and sold large amounts of wool. This boosted the cloth industry across Europe, and the steady supply made a number of entrepreneurial families quite wealthy, which in turn led to them investing in trading other commodities, which increased trade and mercantile activity overall, and eventually led to banking.

As a conclusion to this series, it should be pointed out that while it is easy to pattern a quasi-medieval fantasy society after medieval Europe, European society of the Middle Ages didn’t just appear out of nothing. It grew from antecedents and so was based on a foundation of varied traditions, and there is every reason to believe that a fictional society would be the same way. The details that explain why a society is the way it is need not appear in the story itself, but they are part of building the world in which the society exists, and the writer should know these even if the reader does not, in order to create a coherent and consistent world which the reader can accept without question. This includes why things are the way they are, how they developed, what their consequences include, and how they will reshape that society into the future, among other considerations. These details need not be determined before a story is written; they can develop as the story does or a series of stories do. But they should form a pattern rather than be left to chance. A foolish consistency may be the hobgoblin of small minds, but a well thought out and detailed consistency makes for a better story.

A manual for world building is beyond the scope of this series, but it is my hope that these and future posts will help to inspire both beginning and experienced writers to carefully consider the basis of their worlds and to enhance them with details that add color and spice to further flesh out such worlds, and perhaps even inspire ideas for plots.