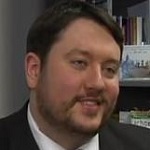 The news has been full, recently, of speculation about the reported leak aboard the Russian Soyuz MS-09 spacecraft, which is part of the International Space Station (ISS).

Investigations are ongoing, and it is more than premature to talk about the facts of the matter. But what catches the writer’s eye are the repeated media mentions of this being the plot of a Science Fiction novel or movie.

It’s compelling stuff, granted. But if you’re going to consider using something like this to drive a plot, you’ve got to do it right. And that means knowing the rules governing life in space, be it on the ISS or on any other future human residence up Earth’s gravity well.

The first thing we can hope is that there haven’t been criminal acts, sabotage or other, committed on the ISS. Because the relevant space law is a bit of a mess currently, and without any precedent, it could turn into a muddle that would hinder our expansion into space for a long time.

The first thing to point out is that the ISS isn’t a single legal entity. Under the Intergovernmental Agreement signed by the fourteen countries participating in the ISS, each State’s laws remain applicable in the « elements it registers ». Therefore, in criminal matters, even though the Agreement clearly states that each State’s laws regulate the activities of its nationals on the ISS, each individual piece of the ISS is ruled by different penal law depending on the country that provided that piece.

Theoretically, U.S. criminal law is applicable inside the Destiny lab module (which still raises the question of which U.S. States’ criminal law, but at least that’s a question that can be resolved internally to the U.S.), Russian criminal law in the Zvezda module, Japanese law in the Kibo module, and so on.

The ten European Member States who take part in the ISS all share jurisdiction over the ESA Columbus Laboratory. This raises the interesting question of the criminal repercussions, or not, if a Dutch astronaut decides to share some illegal hydroponics with a Canadian counterpart in the Columbus lab.

Outside of any owned module, it is arguably the individual astronaut’s country’s laws that apply. Luckily, that’s limited in scope currently, since even an EVA suit can be construed as a small vehicle belonging to a national space agency. But it does raise the question of double nationals.

For the time being, the real difficulty will be if this system, which works on paper, is ever put to the test. In theory, if a non-Russian national committed a crime and damaged the sealing on board Soyuz MS-09, then it’s the same thing as if that person committed a crime in the middle of Moscow.

In practice, that national is probably only a few meters away from a zone covered by their own national jurisdiction. And more importantly, they’re months away from the nearest Russian court, if you could find one that could be considered territorially competent.

Would that country’s government consent to Russian legal proceedings against their national without a fight? Would they accept extradition, either from their own part of the ISS, or from home down on Earth, after landing? Would the astronaut even be allowed to leave the ISS to return home, considering how often astronauts are transported, currently, by Russian spacecraft?

This specific incident, and even the ISS itself, with its fate currently — and scandalously — in the financial lurch, are barely the tip of the comet iceberg when it comes to the absolute zero mess space law is in.

The instant private citizens and private transport enter space, everything will be up for grabs again. And any private space stations or manned flights, which may be a reality in the not-so-distant future, won’t be able to use the convenient cop-out of an intergovernmental agreement pretending bits of individual countries have been flung up into orbit.

Inevitably, a specific jurisdiction will have to be created to define and execute the law applicable in each bit people spend time in outside of Earth’s gravity well.

Until then, best of luck to any earthbound prosecutor trying to make a charge stick for acts that took place in space. Space lawyers have a lot of work ahead of them — and so do Science Fiction writers!

Matthew Reardon writes Science Fiction blending comedy and political themes — drawing heavily, in both cases, on his experience as a jack-of-all-trades lawyer and as Secretary General of a Parliamentary group at the French National Assembly. A member of SFWA seeking representation for his latest SF legal thriller novel, his short fiction has been published in multiple professional venues, and most recently in the Third Flatiron Press “Terra! Tara! Terror!” anthology. He would love to hear from you on Twitter, over at @SpaceLawyerSF!