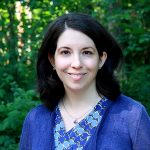 Looking for unconventional, potentially striking ways to explore what it means to be human in your writing?  It may seem counterintuitive, but personification—ascribing human qualities to inanimate objects—can open new avenues to plumb the depths of human experience.  Yes, breathing life into items and turning them into characters can stimulate both writer and reader in ways that typical, expected, human characters cannot.

Films such as the Toy Story and LEGO Movie series may leap to mind, but literature boasts a rich history of objects as characters too.  For example, Lewis Carroll’s Wonderland books feature talking flowers, playing cards, and chess pieces; L. Frank Baum’s The Wonderful Wizard of Oz has the scarecrow, tin man, trees, and porcelain figurines; both Hans Christian Andersen’s “The Steadfast Tin Soldier” and E. T. A. Hoffmann’s The Nutcracker and the Mouse King use toys.  Caroline M. Yoachim has written rich, recent examples in stories such as “Carnival Nine,” “The Carnival Was Eaten, All Except the Clown,” and “On the Pages of a Sketchbook Universe” (wind-up dolls, confections, and illustrations, respectively).  Elizabeth Beechwood has written from the perspective of mountains in the stories “Stone Dove” and “Yes, Yes, Yes, We Remember.”

So why take on a non-human POV?  What’s the appeal?  Let’s consider the following points:

To the first point, in order to write objects as characters, you’ll need to figure out the basics such as how they move—IF they move—and determine any constraints around that.  It’s rather like creating the rules of a magic system, and it’s crucial not only for narrative consistency but also for the potential for deeper meaning (as we’ll get to in point #2).  For a film example of mobility constraints, see the air conditioner scene in The Brave Little Toaster.  My story “The Menagerie Machine,” about carousel steeds, touches on how some animals bob up and down while others stick fast to the wooden base.

You must also determine the objects’ means of communication.  Talking?  Telepathy?  Solely body language?  Use their language to describe the world where you can, without losing the reader.  Employ metaphors filtered through their perspective.  For example, a narrator made of porcelain might liken emotional pain to physical breakage, whereas a scarecrow might refer to breaking apart more as a metaphor for loss of control.  Or maybe not, in your invented world.  Your characters’ naming conventions, slang, and jargon can also further the worldbuilding while keeping it relatable to the reader, or at the very least understandable.

Essentially, personification boils down to creating culture(s), which brings us to the second point above.  Your object-as-character may be unencumbered by the usual indicators of socioeconomic status, ethnicity, etc.—at least not instantly recognizable to the reader—but you can still explore culture clash, class systems, and castes.  Even cliques.  The objects populating your story might have hierarchies or other social structures to navigate.  Just like writing human, alien, or animal characters, the conflicts between and/or within the cultures of your objects will flesh out the world and ratchet up the emotional impact.

In fact, I’d argue that using cultures of inanimate objects to grapple with these types of issues can enrich reader participation beyond more expected approaches.  When done well, it enables the reader to engage with the characters and themes at a level that doesn’t feel didactic (on the author’s part) or biased (on the reader’s part).  It opens the work up to multiple interpretations.  It’s a reflection of our complex human experiences, in a symbolic, appealing little bundle.

In Charles Baxter’s essay “Talking Forks: Fiction and the Inner Life of Objects” from Burning Down the House, he notes, “If objects reflect only the characters who look upon them, they have nothing to tell us.  All they would do is mirror us.  They would enlarge, once again, the human realm.  But the human realm in our time needs no further enlargement … It isn’t only species that are endangered in our time; so is scale, a feeling for immensity.”

So, play around with turning playthings into characters, or give sentient baggage some emotional baggage.  After all, we know that the dish ran away with the spoon, but who knows what untold, breathtaking adventures they had.

Katherine Quevedo was born and raised just outside of Portland, Oregon, where she works as an analysis manager and lives with her husband and two sons.  Her fiction has appeared in Factor Four Magazine, Short Édition’s Short Circuit, GigaNotoSaurus, Apparition Literary Magazine, Heroic Fantasy Quarterly, and elsewhere.  She is passionate about genre fiction, especially in short story form, and its capacity to explore new perspectives.  Find her at www.katherinequevedo.com.