Welcome to the August edition of the SFWA Market Report. Please note: Inclusion of any market in the report below does not indicate an official endorsement by SFWA. The markets included on this list all pay at least $0.08/word in at least one length category of fiction. New Markets Buckmxn Story Service Xenocultivars: Stories of […]

by Naomi Norbez With the release of Cyberpunk 2077 a few months back, there has been some debate about what it means to be cyberpunk, and how that genre should be executed. As someone making a response game called Eyewear Cleaner 2077, I thought I’d throw in my two cents. In a world of free data […]

As many of SFWA’s publications are available to the speculative fiction community at large and the general public, we want to share that our editor-in-chief, Michi Trota, has stepped down from her position.  For the last year and a half, Michi has played a vital role in building up SFWA’s Publications department. She’s helped to […]

William F. Nolan (b.1928) died on July 15 from complications due to an infection. He was 93. Nolan was best known for his work on Logan’s Run in 1967, co-authored with George Clayton Johnson. The work was later made into a film for which the team received a SFWA Nebula and Hugo Award nomination. An early fan of […]

Neurodiversity and the Business of Writing, Part 2: ND Difficulties in Publishing

by Matthew Broberg-Moffitt Part 1 of this series focused on the importance of #OwnVoices stories and the representation of neurodiversity and the neurodiverse (ND) in modern media. Part 2 covers the business of traditional publishing and the unique challenges that the ND face when attempting to get a seat at the proverbial table.  For those […]

Welcome to the July edition of the SFWA Market Report. Please note: Inclusion of any market in the report below does not indicate an official endorsement by SFWA. New Markets Life Beyond Us: An Original Anthology of SF Stories and Science Essays The Big Issue Currently Open Analog Science Fiction & Fact Apex Magazine Asimov’s […]

Nonviolence and the Hero’s Duel

by Gabriel Ertsgaard   From Hector and Achilles to Luke Skywalker and Darth Vader, the heroic duel is a fiction staple. However, my special interest (and the topic of my unfinished book) is how to tell stories of nonviolent heroism. How do we tell gripping stories without the charge of heroic violence? Is it even […]

The Science Fiction and Fantasy Writers of America, Inc. (SFWA) is pleased to announce the winners of the 56th Annual Nebula Awards®. These awards are given to the writers of the best speculative fiction works released in 2020, as voted on by Full, Associate, and Senior SFWA members. The awards were presented at the live […] 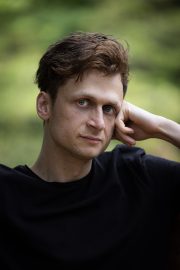