Archive for the ‘The Craft of Writing’ Category

I used to say that I learned most of what I knew about writing from Jon Gindick’s “Country and Blues Harmonica for the Musically Hopeless.” While not quite true, I do find it useful to apply principles from music and musical composition to writing fiction.

Is there a teen in your life who loves spaceships and shapeshifters? Do they stay up until three in the morning crafting elaborate tales of magic, murder, and missions to Mars? The Alpha Workshop for Young Writers might just be the place for them.

by Theodora Goss I’ve been thinking about this issue a lot. Several days ago, I posted the following: 1. Guilt and shame are the enemies of the artist. 2. Guilt is when you feel as though your time should be spent doing something else, for someone else. 3. Shame is when you think what you’re producing […]

When to Trunk a Story or Novel?

Today, while waiting for my new office chair to be delivered, I asked followers at Twitter to send me some questions. In response, someone tweeted: “When to trunk and when to keep rewriting?”

Panlexicon vs. Visual Thesaurus – Who Will Win?

Odyssey’s online classes are unique among writing programs. Sessions are held live through Web conferencing software, so students can have an active learning process, asking questions and participating in discussions.

Guest Post–Things I learned: On Artistry and Art Life

To be able to practice our art in a space and time when we are free from thinking of anything else but that practice is a vital and precious good.

Humor as a Plot Adhesive 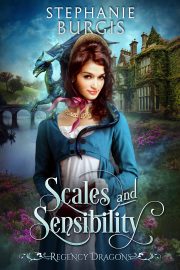