Archive for the ‘Press Releases’ Category

NEW YORK, NY, July 20, 2017 — The Authors Guild and Science Fiction & Fantasy Writers of America (SFWA) announced today that they collaboratively reached an agreement with a Hungarian science fiction magazine, Galaktika, which for years had been reprinting stories of American and British science fiction writers without their permission. Under the terms of the agreement, […]

SFWA opened its doors to game writers as members this year, using the qualifications created by the Game Writing Committee. Alas, as with so much in life, those were not perfect, so we gathered information and worked on amending them. After long deliberation, the Board has voted to change the qualifications, and the motion has […]

The Science Fiction and Fantasy Writers of America (SFWA, Inc.) is pleased to announce that Jane Yolen has been named the 33rd Damon Knight Grand Master for her contributions to the literature of science fiction and fantasy. The award is given by SFWA for “lifetime achievement in science fiction and/or fantasy.” Jane Yolen joins the […]

SFWA Grant Program SFWA’s mission as a 501(c)(3) charitable organization to promote, educate, defend, and advocate for our fellow writers and the fantasy and science fiction genre overall led us to establish our Givers Fund last year. Last year the Givers Fund received enough donations to provide grants to projects such as the LaunchPad astronomy […]

Science Fiction & Fantasy Writers of America to Admit Game Writers Writers who help create narratives for video games, table-top roleplaying games and card games will be eligible to be admitted to the Science Fiction & Fantasy Writers of America (SFWA) following a membership-wide vote. SFWA will start accepting applications for this Active-level type of […]

The Science Fiction and Fantasy Writers of America (SFWA) is pleased to announce that the Kevin O’Donnell, Jr. Service Award will be presented to Dr. Lawrence M. Schoen in Chicago at the Palmer House Hotel. Comedian John Hodgman will emcee the ceremony on the evening of May 14. Dr. Lawrence M. Schoen has spent several years heading the election […]

Registration is now open for the 2016 SFWA Nebula Conference. We hope to see you there! May 12-15th, 2016 Chicago, IL Palmer House Hilton Hotel Please visit: http://www.sfwa.org/nebula-awards/2016-nebula-conference/ for information and the link to register for the conference. Full weekend memberships can add additional items (at the bottom of the checkout screen) such as tickets […] 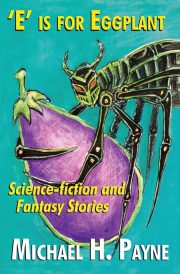