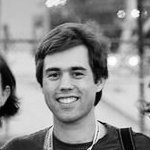 Recent astronomy news gave us word of a planet around a double star system. This is the first ever planet around a binary star that has been positively identified (outside of Tatooine – but that was in a galaxy far, far away). This is encouraging both because it looks like a habitable location, but also because as many as 60% of the stars in our galaxy are in binary systems and not single stars like our sun! At one fell swoop we more than double the number of places in the universe to look for habitable planets.

But what does it mean to be habitable? The short answer is we really don’t know … yet. So far we have decided to define a habitable planet as one that is similar enough to Earth that life as we know it could live there.

A logical way to define this is to look at the size of the planet, its distance from the star it orbits and the brightness of the star and come up with a guess for the surface temperature and gravity. As long as it’s not too big/small or too hot/cold it’s ‘habitable’. This is the basics of what we call the habitable zone around a star system.

The problem is — it’s not that simple. There are many complicating factors the habitability of a planet. This biggest one: we still have no idea what life is really like anywhere outside of Earth. The sample size in our survey of life in the universe is one.

But for the time being we can work with Earth-like life. For the sake of writing for a human audience it can actually be helpful to have something we can relate to. Carbon based, water drinking, bilaterally symmetric, DNA-esque evolved, cellular life. And for that we can at least say that we need a solid surface (i.e., not a gas planet), an atmosphere, and a certain range of temperatures.

Atmospheres can only exist on planets above a certain size — too small and they don’t have the gravity to hold gas on the surface. But atmospheres have a much more important effect on the livability of a planet, they trap and circulate heat, making the habitable zone much larger than our first glance definition. We have already found a planet that just might be habitable depending on what kind of air it has.

Scientists also speculate that a planet with a fairly elliptical orbit that dives in and out of the classical habitable zone might be able to store enough energy in its atmosphere or better yet oceans that it would actually have, on average, a mild climate.

And what about moons? It’s possible for planet sized moons to exist around gas giant planets. We have discovered a bunch of giant planets (as big or even bigger than Jupiter) right in the middle of the habitable zone of their stars. While the planet itself would be unlikely to have life because it has no surface it may have a moon that is large enough to be a place for life.

Moons have another factor to consider. If they are close enough to their planet that gravitational tiding on the core of the moon can be strong enough to heat its interior regardless of other factors. On Earth we find life nearly everywhere including in hydrothermal vents deep under the ocean. The life there is independent of the sun or the conditions on the surface! We have already found that the barren, icy, Jovian moon Europa may have an ocean underneath that could support similar life.

Back to looking for a place just like Earth, we can take into account as many factors as we can think of (size, air, length of day, tilt of orbit, etc.) and say “is this like Earth?”. Thus, we define the Earth Similarity Index (ESI). An ESI of 1 is a perfect copy of Earth and 0 is nothing like it whatsoever. A survey of the planets found so far suggest that only a few are like Earth.

One may note that Earth hasn’t always been exactly like Earth. Our atmosphere and surface have gone through many changes in the last few billion years. There is some work that has been done — a sort of archaeoastronomy — to guess what the Earth would look like 3 billion years ago while life was just getting started from the vantage point of a distance solar system. One might imagine finding planets in many stages of the formation of life, if we can just find more planets.

A Matter of Time

We have yet to discover an obviously, truly, Earth analogue planet. However all signs so far point to this being the fault of our primitive and inadequate technology and not something about the universe. The planet hunting space telescope Kepler has only found planets around a small percentage of the stars it surveys – not because they aren’t there (we think), but because it’s only looking for planets that just happen to line up with the Earth. In fact Kepler data suggests that there might be yet undetected planets around nearly every star in the galaxy!

Just A reminder there are more stars in the universe than sand on all the beaches on Earth, so finding that perfect world seems to be just a matter of time.

Nathan Bergey is a rocket scientist. He constantly thinks about the future of space travel and helps build advanced amateur rockets at Portland State Aerospace Society—pushing the envelope of low cost rocket technology. He also writes about science and tech (and random things) at his blog Mechanical Integrator and writes a monthly column for the Clarion Foundation blog, which is where this post originally appeared. He can be found on twitter as @natronics.