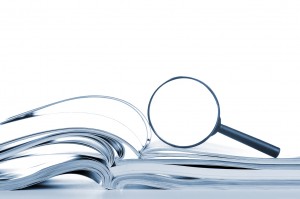 We’ve punctured a number of writers’ myths on this blog, including the notion that commercially-published writers must give back their advances if their books don’t earn out, the fear that agents and editors will blacklist writers who displease them, the conviction that “just getting it out there” (via self-publishing, for instance) is enough to jump-start a career, the idea that getting published is some kind of crapshoot, and the “everyone has to start somewhere” excuse that throws so many writers into the arms of amateur agents and publishers.

Here’s another one: “You have to know someone in order to get published.”

Agents and editors simply aren’t interested in work by unknown writers, this myth goes, because unknowns are too risky. In order to get attention for your debut manuscript, you need to be famous, have a friend or relative in the publishing biz, be referred by a client, or already possess a publishing track record (hence a popular variant of the myth, “You can’t get published without an agent, but you can’t get an agent unless you’re published”). Without these connections, your chances of selling your first book are practically nil.

Of course, having connections doesn’t hurt. But trust me, they aren’t a pre-requisite for publication. If they were, very few debuts would ever reach the market.

Along with the “everyone has to start somewhere” fallacy, the “you have to know someone” myth is one of the most pernicious, because it convinces many writers that it’s not even worth trying for commercial publication. Instead of boldly querying the top agents who can get their manuscripts onto the desks of editors at big publishing houses, or going direct to the reputable independent publishers that accept unagented submissions, many writers who buy into this myth confine their queries to amateur or track-recordless agents, or decide to self-publish, or approach only micro-presses. Of course, while hooking up with an amateur agent is never a good move, self- or micro-press publication can be entirely appropriate in the right circumstances. But if you have commercial ambitions, it’s probably not the best place to start–especially if you haven’t even given the commercial route a chance. You’ll never know whether you could have succeeded if you don’t try.

We’ve actually touched on this myth before. Then, we had only anecdotal evidence with which to debunk it. Now there’s something a bit more solid.

A few weeks back, YA author Megan Crewe decided to conduct an inquiry into the publishing connections myth. She recently published the results of her poll–and they’re very interesting.

270 writers participated, representing a variety of genres: children’s picture books, middle grade, YA, adult genre, and adult literary/mainstream. Although “[o]nly 55% of the respondents had an agent when they sold their first book,”

[t]he majority of the authors who had an agent, got that agent with no prior connection (62%). They simply cold-queried the agent, submitted their book or proposal, and were offered representation…

The poll wasn’t perfect, but it seems pretty clear to me that having connections in the publishing industry is far from necessary when it comes to both getting an agent and getting an editor to buy your book. So if you have connections, sure, go ahead and use them. Certainly can’t hurt. But if you don’t have any, if you can’t afford to go to conferences to meet agents and editors, don’t despair. Cold querying works just fine!

There you have it–persuasive proof that you do not, in fact, need to know anyone in order to sell your first book.

(A note on the respondents who sold their first books without an agent: Given the reluctance of the larger houses to deal with unagented authors, the fact that nearly half the respondents had no agent surprises me. However, many respondents appear to have been children’s picture book writers, which is one of the markets in which it’s more feasible to go agentless, even with the bigger publishers. Also, the numbers may be skewed by when the writers sold their books–before the 1990’s, the big houses were still relatively open to unagented writers–or to whom, since smaller publishers are more likely to be willing to work directly with authors.)

(And another note, on why, rather than triggering publishers’ and agents’ risk-averseness, new writers can actually be more attractive than established ones: A new writer is an unknown quantity. He or she could fail–but s/he could also break big. J.K. Rowling and Stephenie Meyer are extreme examples, but there are many more modest ones. An established writer, on the other hand, is a known quantity, since publishers and agents always have access to his or her Bookscan numbers–and this is not always a good thing, especially if the writer’s sales have been flat over a couple of books, or if they’re actually shrinking. In those circumstances, the publisher may well well feel that the untapped potential of the brand-new writer is a better investment than the lackluster track record of the established author, who may have proven his/her talent and professionalism, but has also demonstrated that s/he is not going to break out. This is why I’m always saying that while the difficulty of first publication hasn’t changed greatly over the past few decades, sustaining a career has become enormously more challenging.) 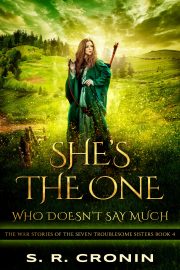 This quiet thirteenth-century artist hides a secret relationship while she strengthens her magic to join her sisters in defending her realm from invasion. Then the artistic community decides to shun all fighters. Where does her future lie?