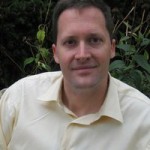 If you are an author, are there certain things you shouldn’t do to promote your writings using social media?

Please place this question in the proper context. We live in an interconnect world where social media is replacing the old-guard media decision makers. Instead of Walter Cronkite telling us “that’s the way it is,” a billion people now shout their views on how things really are. This mass opinion constantly ebbs and flows as it filters through our personal interactions and conversations. If several of your friends state on Facebook that a movie is good, you’re more likely to see it than if a TV ad proclaims it the best SF epic since “Battlefield Earth.” Sorry, couldn’t resist. As an author, I’d rather have a million people tweeting about my stories than have my fiction annointed by Sam Tanenhaus, editor of The New York Times Book Review.

The funny thing is that social media works in similar ways to how ideas and beliefs have been promoted throughout much of human history. People once learned from one another what was worth knowing and doing, and the best of these memes worked their way through the population like a unending game of telephone. It was only with the advent of mass communication technology like printing, radio, and TV that a select few became able to easily influence great numbers of people. But with social media those select few are now finding themselves increasingly drowned out. This doesn’t mean influential voices won’t rise up out of the social media and influence others. But this happens in a much more natural process than having a single news anchor declare “that’s the way it is.”

So how does this tie in with authors and social media?

It used to be that when an author published a new book, their publisher–a perfect example of an old-guard media decision maker–would arrange publicity and author tours and media exposure. A major goal of every publisher was to land reviews and mentions in high-profile magazines and newspapers, which were influential media decision makers in their own right. If this process resulted in your novel making the cover of The New York Times Book Review, you were usually assured of success. If it didn’t, you had a much harder mountain to climb to reach potential readers.

Now the landscape has changed. While landing coverage in the old media is still important–its influence is waning but hasn’t totally died off–thanks to social media this is no longer the only way to interact with the reading public. So these days authors should, at a minimum, engage the social media world by having websites, Twitter accounts, and Facebook pages.

So which acts of social media self-promotion are valid, and which cross the line?

In terms of authors using social media to promote their works, it is important to understand that the essence of social media is through sharing and interaction with others. With that in mind, authors should not be faulted for doing the following with their social media accounts:

However, there are also some big social media no-nos, even bigger than throwing your book at the President in hopes that he’ll notice and talk you up. In the social media sphere, authors shouldn’t:

• Forget that the essense of social media is sharing and interaction. If you’re Neil Gaiman, you can play by your own rules and ignore this (not that he does). Everyone else ignores this truth at their own peril. If you don’t see social media as a means of actually interacting with people, then why use social media in the first place?

• Let your ego run amuck through the social media landscape. If every word from your Twitter account proclaims that you’re the best writer on the planet, then no one will want to follow you. It is one thing to be confident in your abilities. It is another to be an arrogant SOB. And most people know enough arrogant SOBs in their everyday lives that they have no desire to meet another through social media.

• Stir up controversy simply to attract attention. The easiest thing to be online is a troll, but who wants to read a troll’s memoir about irritating half the world? This doesn’t mean you shouldn’t state what you feel and think using social media. But if the only reason you use social media is to tick people off, you should rethink what you’re doing.

• Forget that your first job as a writer is to write. While social media can be fun, don’t forget that it isn’t the first thing you should do with your time. Your writing should always come before using social media.

—
Jason Sanford, an active member of SFWA, was a finalist for the 2009 Nebula Award for Best Novella. He won both the 2008 and 2009 Interzone Readers’ Polls and is a co-founder of the literary journal storySouth, which features the annual Million Writers Award for best online fiction. He lives in the Midwestern U.S. with his wife and sons. A version of this post originally appeared on his website, Oct 15th, 2010.