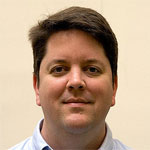 The phrase information wants to be free is one of the most important observations of the information age. Dating to Stewart Brand in 1984, the statement is often misunderstood and sure to piss people off.

The phrase is a simple observation, like saying “a compass wants to point north.” Information intrinsically has a tendency to spread. Controlling information, bottling it up and keeping it limited, is difficult. There’s a bit of a poetic turn in saying “wants,” since of course information has no agency. The underlying truth is really a statement about human nature: people tend to share information.

The truth of “information wants to be free” is obvious to anyone who works in informatics. But it’s ignored time and again. It’s ignored by record companies trying to prevent music downloads, by startups trying to enforce embargoes on tech news, by the US government trying to share secrets with thousands of people and yet somehow not by the world at large.

Digital networks have made sharing information enormously easy. But the underlying reality that information wants to be free is as old as society. Villages have always had gossips, but now the gossip is global, instant, and with perfect fidelity.
—
Nelson Minar is a software engineer and general aviation pilot. He’s been living online since he was a nerdy kid in 1985. This post first appeared on his blog.