By Tom A. McFerson 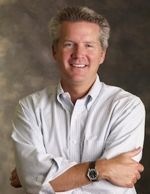 You stare at the stark, white envelope for several moments, afraid to touch it, like it’s radioactive. That look your mail carrier wore as she handed over the day’s mail (…there but for the Grace of God…) suddenly makes sense.

A letter from the Internal Revenue Service.  Nothing can ruin your day–or month–faster.

You contemplate what to do. Should you open it?  Ignore it?  Pour a stiff drink? You run through the possibilities of what’s inside.  Maybe it contains good news.

Finally, after quickly progressing through the Five Stages of Grief, you psyche yourself up and rip open the envelope.

The first sentence jumps off the page:  Your tax return has been selected for examination.

The rest of the letter is gobbledygook, but the overall message is clear.  You, self-employed taxpayer, are royally frakked.

You look to the top, right corner of the letter, searching for the tax year in question.  2010. You try to recall the specifics of that hazy tax year.  Was it a clean return?  Was it messy?  Oh God, was that the year you deducted those…

You begin to visualize the audit itself.  Sitting in a barren, frigid room, while your entire financial life is  poked and prodded by a determined, steely-eyed, auditor.  The kind of auditor who keeps track of his wins on a scorecard.  The kind who treats these audits as bloodsport.  Who equates a dollar taken from Uncle Sam as a dollar taken from his very own wallet.

You imagine this auditor grinding you down with question after question (…this laptop you purchased…all business?), as every deduction is challenged (…who is this Dan Simmons you speak of?  Why are his books continuing education?), and each disbursement is analyzed (…you meet at In-N-Out Burger twice a week?).

Finally, you picture the dreaded end-game.  Battered, bruised, and leaning against the ropes, you’re presented a bill for 2010. Pay it, the auditor reassures, and this will all go away.  Fight it, and the process will just get more painful. Plus, he whispers, gently patting a file marked 2009, it might spill into other years.

You do a quick cost-benefit analysis and decide to cut your losses.  As you gather up your papers and prepare to flee, you catch the auditor secretly updating his scorecard.

Alright, fine, some of the above may be speculative fiction.  But not as much as you think.

The Internal Revenue Service recently published their audit statistics for the last year, and, not surprisingly, self-employed taxpayers were once again their favorite target.  Those filing a Schedule C were four times more likely to have their tax returns examined. Some of these returns were chosen randomly, but the majority were selected for a specific reason.  Something on the tax return stood out and drew attention.

How do you reduce your chances of being audited?  Of becoming a target?  How do you camouflage your return in a way that helps you blend in with the taxpaying crowd?

First, don’t get greedy.  Many taxpayers decide how much they’d like to pay, then work backwards to get there, filling in numbers on their Schedule C like it’s a Sudoku puzzle .  This leads to deductions that are out of the norm. Deductions that stand out and raise questions.

Also, look at the numbers you’re presenting and ask, how did I make ends meet?   According to your tax return, did you make enough money to cover housing, car, food, insurance, and entertainment?  You better believe the IRS will be asking the same question.

Finally, be careful with certain categories that auditors ALWAYS take an interest in.  Home Office.  Automobile.  Travel.  Meals and Entertainment.  Can these deductions be camouflaged? Can your travel costs to World Con be classified as professional development?  Can your meals and entertainment costs be classified as business meetings? By avoiding, as much as possible, these sensitive categories, your tax return will have a better chance of flying under the radar.

Once your return has been selected for audit, how do you make the process go as smoothly as possible?

First, watch the demeanor.  Avoid strutting into the IRS office like an arrogant asshole, but also avoid slinking in like a guilt-ridden criminal.  Be confident and self-assured, a rational person ready to defend his or her numbers (even if you’re not).

Also, try to be organized.  You might think that a jumbled pile of paperwork will serve to confuse and disorient the auditor, but, more than likely, it’ll only just piss him or her off. That is not a good thing. Let Quicken be your friend.

Finally, leave some money on the table.  Being able to show that you didn’t deduct every last dime paints you as a reasonable person.  (“Yes, my wife went with me to the conference, but I didn’t deduct her flight.”)  A trustworthy person. (“ Here are my total auto expenses, but I only deducted sixty percent.”)  Part of the process is establishing trust, and it might pay off during other parts of your audit.

Tom A. McFerson is a writer, a father of three, and also a CPA in Southern California. In his ever-dwindling spare time, he likes to play tennis, coach basketball, and take his dog on long walks. Tom was a 2010 attendee of the Viable Paradise Writers’ Workshop in Martha’s Vineyard. His short-story titled “Multiplayer” was recently published by Musa Publishing.