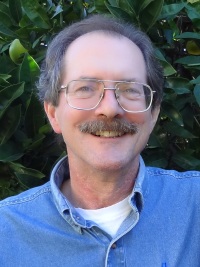 As the author of ten published novels and over seventy published short stories and articles, Kevin O’Donnell, Jr. won literary awards and had a devoted following of readers. He chaired SFWA’s Nebula Award Committee, ran SFWA’s Bulletin, helped run SFWA’s website and for six years held SFWA’s dirtiest and most thankless job as Chairman of SFWA’s Grievance Committee. For this he deservedly received SFWA’s highest honor, the Service To SFWA Award.

But his many achievements all stand in the shadow of his masterwork: himself.

An extraordinary human being who blended the best talents of a thinker, a businessman, and a storyteller, Kevin spent much of his teen years in South Korea, where his father was Country Director for the Peace Corps. His interest in Asia and language skills led him to take his degree at Yale in Asian Studies, and to consider going farther as a scholar, but the academic world of the day was politically hostile to the areas and periods that most interested him. That was pure Kevin; he followed where his mind chose to go, and other people came along or they didn’t.

That same independent, lone-wolf style was visible in his journey from centrism to conservatism on the political spectrum, culminating in his embrace of pure libertarianism. He was absolutely consistent about first principles, and would, for example, interrupt a discussion on how to prevent crimes in public parks in order to object to the very existence of taxpayer-funded public parks. Joint opposition to such positions by the mixed forces of the left, right and center fazed him not in the least, for Kevin always knew just where he stood and why he stood there. In an argument with him (and we enjoyed many of them, and will miss them terribly), you could count on his response to be a systematic, careful, point-by-point refutation and extension, every time. Everything Kevin did and said proceeded by careful logic from first principles; where there was contradiction (as happened sometimes between his kind heart, his firm Catholicism, and his passionate libertarianism), he was utterly candid about finding himself in a quandary and about his provisional reasons for resolving it in whichever way he did. His passion for and faith in reason were often astonishing and always extraordinary.

Kevin was also centered, at peace with himself, and comfortable with who he was in a way many seek but few achieve. His strong sense of right and wrong, loyalty, decency, and integrity were such that it was not only a pleasure to have him as a friend, but an honor and a point of pride. He adored his wife and family, and whatever he loved, he loved deeply; a few months ago, he broke down like a child when describing the passing of his cat of twenty-one years.

Kevin’s courage reaches out to us from every sentence of the letters he sent to his close friends and family once he became aware that he had metastasized lung cancer and was likely to die from it.

Sadly, a man with such a gift for living by the power of his mind did not overcome his physical addiction to smoking until he was already ill.

To honor Kevin O’Donnell, Jr.’s memory and service, we, his friends for decades, ask one thing: if you smoke cigarettes, quit now. If anyone you care about does, help them to quit. Tobacco robbed us of what might have been decades more of Kevin O’Donnell, Jr.’s unique voice and personality; please don’t let it claim more victims.