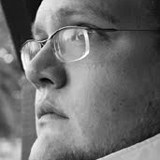 I’ve just finished a story, and somewhere in the primitive part of my brain, I’m determined to milk it for all it’s worth. I’ve posted on Facebook asking for beta readers, and the first bits of positive feedback are already rolling in. People like it. The thank-you-for-thises vastly outweigh the didn’t-work-for-mes, and I can’t wait to send the story out to the magazines for consideration. For the first time in weeks, I’m feeling satisfied. If writing were a buffet, I would ask for my check now. (And maybe a few rolls to take home, if that’s cool.)

I invite some friends over, and we end up kickboxing on the back patio. I fight my brother Tim first. I’ve forgotten how great this is. The smell of the gloves. The thrill of a solid low kick landing. The little congratulatory nods when we go shin-to-shin and are too cool to admit it hurt like shit. Josh, my friend and trainer, always corners the other guy when I fight. I’m 6’6”, over 300 pounds, and the big guy never has the luxury of underdog status. When I burn out, my youngest brother Paul takes a turn, straight boxing this time. Josh shouts advice from the sidelines.

“Whoop, hands up, Paul. Hands down, ass on the ground.”

“Don’t watch your work. Follow up! If he’s hurt, pressure him.”

Paul is looking better, but Josh is right; he’s watching his punches land, gauging how much damage they do before continuing to throw, and he’s getting caught in the pauses between shots. I watch, still breathing hard, enjoying the back-and-forth exchanges. I feel the familiar urge to check my Facebook. I wonder if anybody else has posted about my story. I wonder if the editor I sent it to has read it yet. It’s been too long since I put out something new, and I relish the feeling of having something out there. Things are moving, I’m feeling like a real writer, and I bask in it. I bask my ass off.

I take some days. I wrote a story, damn it, and the more I think about it, the more I realize it’s a good one. I’ve earned this. I try the new Zelda game (pretty good), catch up on some Game of Thrones (better than any TV show has any right to be), do some chores (bleh). Lynna and I take the girls to the park, and when we get back, she asks if I’m going to write tonight. I tell her I’m tired, tomorrow for sure. Later, I check my Facebook, my email, and for the first time since writing the story, there’s nothing new. No new comments. No response from the market I submitted to. Nothing. My little affirmation well is drying up, and I go to bed feeling empty.

In the morning, there is a very polite rejection waiting for me in my inbox. Nothing on Facebook. I move through the day feeling foggy and unfocused. I think about writing something new, but I don’t know what exactly, so I do the dishes. I play more Zelda, read some comics, but everything falls flat.

Josh comes over. I’m feeling slow today, and I don’t want to get sweaty. I fight lazy, and Josh lands on me more than usual. I can tell he feels good about it, so I don’t make excuses. I’ll just get meaner next time, remind him who the big man is. (I feel quietly guilty for thinking this.) I realize halfway through our second round, I’m only throwing a strike or two at a time. A jab, a straight, a leg kick, a teep. I’m fighting in a way that says “get off me,” not “I’m coming for you.” I wear out earlier than usual and sit down on the cold concrete, unwrapping my gloves in frustration. I’ve torn blisters in my feet; this isn’t the first time, but today it doesn’t hurt good at all. When I get inside, I check my Facebook. No new comments, but one of my writer friends sold two stories today. I close my browser.

Standing in my office in sweat-stained clothes, I feel like crying. (I tell myself I’ll never share this with anyone.) Josh’s sideline shouts from last week rise unbidden to my mind.

I say the words out loud to the empty room.

I shower. It’s like being reborn. Afterward, with my hair drying in unflattering Caesar curls at my temples, I sit down to write. The computer hums to life, and I wonder if I should ask Lynna to cut my hair tonight. I’ve been meaning to do it for a while. When the computer is fully awake, I almost open Facebook on reflex. I stop myself by clenching my fists. With my elbows on the desk, my hands are up, like I’m ready for a fight. That’s what this is, after all, and it’s time I started acting like it.

Steve grew up listening to his dad’s ghost stories and never recovered. He attended Uncle Orson’s Literary Boot Camp in 2009 and currently lives in Oklahoma in a small house full of girls. His stories have appeared in Intergalactic Medicine Show, Redstone, Daily Science Fiction and others. His blog posts on fiction writing are available at stevenrstewart.com or via his Twitter, @StewartWriter.