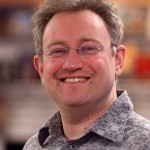 Unidentified Funny Objects, my anthology series, was partly born out of frustration. It was 2012, and I had been actively writing and submitting short stories for about three years. Things were going rather well: I’d made some professional sales, joined SFWA, and was rapidly becoming a serious fan of the serial comma. Even so, I had learned just enough about the short fiction side of the publishing industry to be frustrated with it.

Why did so many magazines and anthologies take forever to respond to submissions? Why did many of them pay so little and grab so many rights? Why did the majority of the submitting authors seem to put up with that? And–of special interest to me as a writer–why did so few of the top markets seek humorous and lighthearted stories?

I had no experience whatsoever when it came to the publishing industry, but I was willing to tilt at its windmills by trying my hand at editing an anthology. I figured there were two things going for me: business acumen (and let’s face it, many creative people aren’t great at the entrepreneurial stuff) and a detailed list of things I wanted a fiction market to do differently based on my personal experience as a frequent submitter of short stories. I just needed the right idea, a niche that was not being filled by other, more experienced editors and publishers.

When I thought of the concept of a non-themed humor anthology, I was certain someone must have produced one before. But my research showed that no such thing existed. There were plenty of humor anthologies available: Chicks in Chainmail and Deals with the Devil to name a few, but those were all themed projects. No one seemed to be creating anthologies that would offer a wide variety of humorous voices and styles. It was the sort of book I would want to read, and I was confident many others would like it too. Thus, Unidentified Funny Objects and its parent micro-press, UFO Publishing, were born.

UFO’s mission statement from the beginning was to be as author-friendly as possible. I offered $0.05 per word paid on acceptance and a clean contract asking for 90 days exclusivity instead of the usual 6-12 months. I vowed to respond to submissions within days rather than months.

Plenty of intriguing micro-press anthologies suffer from uninspiring covers and poor interior layout. I was determined to avoid that fate: I wanted the book to look and feel as good as something produced by the major New York publishers. I wanted to hire a top-notch cover artist, copy editor, book designer. And I wanted all these people, along with the authors, to be fairly compensated for their labor. The estimated costs were well beyond what I figured I could recoup in the first year or two of sales, but I was adamant about not cutting any corners. Thankfully, there was Kickstarter.

I already had lots of experience working with Kickstarter as a consultant on various game projects. I had to rethink some things and learn new ones to adapt that experience properly to publishing (comparing and contrasting the crowdfunding cultures across these two fields would take up an entire article!) It was also a proof of concept: the number of Kickstarter backers and their engagement would help determine the level of interest in this book and the size of the initial print run.

The Kickstarter campaign was a huge success, and the book sold well, and continues to sell well to this day. There was enough demand for it to become an annual series and I have continued to publish a new volume every year while keeping true to the original mission statement. UFO volumes have been favorably reviewed by Locus and Tangent, our stories have made Best Of lists, were covered by most major podcasts, and reprinted in other venues. I’ve been fortunate to publish folks like Mike Resnick, Esther Friesner, Piers Anthony, Bob Silverberg, Jody Lynn Nye and many others whose work I’ve enjoyed as a reader. And I made certain there was room in each volume for newer authors.

I keep searching for ways to make the UFO books even better. The pay rate has gone up to $0.07/word (and will continue to increase in the future), we illustrate some of the stories now, and I’m always on the lookout for exciting new headliners (UFO4 will feature stories by George R. R. Martin and Neil Gaiman). Applying to become a SFWA Qualifying Market seemed a natural step in the evolution of the series.

Whether and how UFO might qualify was a matter of some debate: we’re a periodical market but we publish only once a year. We’re not a magazine, but we follow many of the same norms. And, of course, there was a matter of Kickstarter funding and reward copies, and how they might be counted toward the circulation numbers. Under the new rules, it became possible for the series to join as an anthology, and I’m thrilled to become the first publisher/editor listed there.

I’m extraordinarily proud that the Unidentified Funny Objects series has joined the ranks of the fine publishers and magazines on the qualifying market list. I view our admission both as a valuable service to those authors we’ve published who are in the early stages of their careers, and as a personal milestone, akin go the moment I qualified to join SFWA as a member myself.

Alex Shvartsman is a writer, translator, and anthologist from Brooklyn, NY. Over 80 of his short stories have appeared in Nature, InterGalactic Medicine Show, Galaxy’s Edge, Daily SF, and other venues. He’s the winner of the 2014 WSFA Small Press Award for short fiction. His collection, Explaining Cthulhu to Grandma and Other Stories, and his steampunk humor novella H. G. Wells, Secret Agent were both published in 2015.

A collection of essays exploring the lives and tales of remarkable writers who used fairy tales to critique – and in a few cases, support – the absolutist rule of Louis XIV.