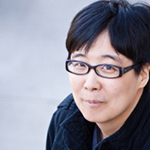 I used to say that I learned most of what I knew about writing from Jon Gindick’s Country and Blues Harmonica for the Musically Hopeless.  While not quite true, I do find it useful to apply principles from music and musical composition to writing fiction.

The first thing I remember wanting to do with my life was not writing; it was music.  I started writing music because it didn’t occur to me that I couldn’t write music; until middle school I had the notion that everyone wrote music in their heads, they just didn’t talk about it.

Writing music is not difficult.  The hard part is writing good music.  My early efforts were terrible.  But the only way to learn to do something is to do it; and I kept doing it.  By the time I got to high school, I was writing pieces for chamber orchestra.  My high school senior project was a small suite that the school orchestra performed.  (I didn’t get to conduct, partly because I was also one of only two viola players and damned if I was going to abandon the other violist.)

Coming up with ideas in music is similar to coming up with ideas for a story.  I have a palette of sounds and after that, when you look at either melody or harmony, it all comes down to combinatorics.  Certain combinations sound terrible in a given context.  What practice allows me to do is winnow out the terrible combinations very quickly.  Likewise, I can generate godawful story ideas starting from standard genre tropes or character archetypes forever, but the habits of reading and writing help me figure out which ones are worth pursuing.

If you look at the way Western music is written, it has a horizontal dimension, that of melody, and a vertical dimension, that of harmony.  I learned that you can take the same scrap of melody and change the way it comes across to the listener by speeding it up or slowing it down, by modifying it in different ways, by harmonizing it differently, by orchestrating it differently.  You’re going to get a different effect if you score a phrase for a violin vs. a glockenspiel vs. a set of eight French horns.

I think of the melody of a story as its plot, and the context of the plot, everything from its themes to its characters, as the orchestration.  You can fine-tune this from the micro level to the macro: word choice at one end to the entirety of the setting; and of course the two influence each other.  For instance, if I want to write science fiction, I can orchestrate the words using very standard language.  I can talk about starships, black holes, lasers.  But I can change the feeling of the setting and its culture by changing the terminology.  In “The Battle of Candle Arc” I had fangmoths and hellmoths for starships, to suggest that the ships run on biotechnology.  In “Swanwatch,” a story that concerns itself about the arts, I called the black hole a “fermata.”  And in “Snakes,” instead of a laser, which sounds impersonal and scientific (or perhaps that’s just me; my husband, an astrophysicist, works with a laser interferometer), the narrator speaks of a torchgun, which cannot be anything but a weapon.

When I write music, I am aware of tension.  The listener’s desire for the familiar (usually in the form of repetition; think of choruses in a song) wars with the desire for novelty.  This can be balanced simply or less simply.  Ravel’s “Boléro” repeats its theme many times; the primary change is the ongoing crescendo.  I usually write with motives, which surface at various points depending on the ebb and flow of the music.  Similarly, the orchestration has to change the level of tension over time.  If I have a tutti where the entire orchestra is playing the melody in unison for the entire piece, that’s going to get old fast.  But if I save it for dramatic moments, the tutti becomes much more effective.  And of course orchestration isn’t the only tool you can use for this; you can also vary the dynamics, or the tempo, or play around with variations of the melody.

Managing tension in a story is similar.  I don’t want to maintain the same level of tension throughout the plot because it will either bore or exhaust the reader.  If I want to hit the reader hard, it’s sometimes more effective to provide a breather–humor or a quiet moment, say–then slam in the next plot point when the reader has let their guard down.  On the other hand, sometimes I want to use the equivalent of a crescendo, a series of scenes ramping up the tension until I hit a (possibly local) climax.

At the largest scale, there is structure.  One simple musical form is ABA, where you have an opening segment, a middle segment, and then the ending segment repeats the opening.  (You might also base the ending on the opening, but change it up a little; that’s notated ABA’.)  The story equivalent of this is to bring the ending around full-circle in some way, which is very common in fiction.  Another form is theme and variations, where you take a theme A and then change it up every time.  I used something like this in “A Vector Alphabet of Interstellar Travel,” which consists of vignettes about starfaring cultures.

One piece of advice I often see for writers is to read and write a lot, but I sometimes wonder if writers shouldn’t also be advised to do things that are not writing at all!  It’s possible to scavenge techniques from all sorts of places.

Addendum: For anyone who would like to dip into music composition for nefarious writing purposes or otherwise, I suggest musictheory.net  for the basics of (Western) music notation, and then William Russo’s excellent Composing Music.

Yoon Ha Lee’s short fiction has appeared in Tor.com, Clarkesworld Magazine, Lightspeed Magazine, Beneath Ceaseless Skies, The Magazine of Fantasy & Science Fiction, and other venues. His short story collection Conservation of Shadows came out from Prime Books in 2013.  The first volume of his space opera trilogy, Ninefox Gambit, is forthcoming from Solaris Books in June 2016. He has had the obligatory Asian-American piano lessons, played viola in high school, and maintains a small collection of harmonicas. Lee lives in Baton Rouge with his family and an extremely lazy cat, and has not yet been eaten by gators.