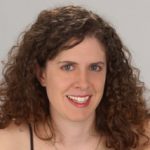 Rejection is one of the worst parts of writing. When you get a story or novel rejected by an editor or agent, it stings. Your first instinct may be to go online and seek comfort and commiseration by letting your followers know what you’re going through. But stop and think before you spread the news of your rejection all over social media.

You never know who might be reading what you post. An author’s social media platform can be a selling point, so people considering representing or buying a novel are likely to look you up to see what you post and what your audience is like. Even if they aren’t seeking information on you, publishing is a small world, and you never know what someone might see because someone else liked, shared, commented on, replied to, or retweeted it. It’s safest to assume that anyone you might submit to may see everything you post.

Anything you say in a public forum becomes a part of your image, and do you want to associate rejection with your personal “brand”? But it’s not just about image. It’s about strategy. When you inform potential buyers that someone else doesn’t want something you’ve produced, you make it less valuable. It’s human nature to value things more when they’re in demand and less when others don’t want it. If your Twitter or Facebook feed is full of news about your work being rejected — and especially if it’s bitter venting about stupid editors who don’t recognize quality when they see it — you’re creating an image of yourself as someone whose work isn’t in demand.

If you’re seeking an agent and submitting to multiple agents, you make yourself less attractive as a client if you broadcast it every time an agent turns you down. That makes it appear to later agents that they might be a last resort rather than a first choice and might make them wonder if those other agents were right. I recall that the first thing my current agent did when she called to offer representation was eagerly ask if the book was still available. Social media didn’t exist in its current form at that time (and she was the first agent I submitted to), but I suspect she’d have been a lot less eager to respond to me if she’d looked up my social media accounts and saw me talking about all the agents who’d rejected the book.

If your agent is submitting your novel to multiple publishers, you’ve taken away some of your agent’s bargaining power if you’ve spread the word each time a publisher rejects your work. You’re more likely to get a better response if each publisher believes that every other publisher is still interested and on the verge of making an offer. An editor considering your work who looks you up as part of that process and sees that you’ve received a lot of rejections lately may have second thoughts or may be more willing to play hardball in negotiations if there seems to be less risk of losing the book to another publisher. Magazine editors know that you may submit to a number of publications before you find the right fit, but you don’t want to advertise the fact that others have already passed and anyone else you submit to is a lower-tier choice. True, you could be talking about some other book or story, but it’s human nature for people to assume that anything you mention concerns them. If editors are considering your book or story and see you tweet about getting a rejection, the automatic assumption is that it’s the book or story they’re considering.

When can you talk about rejection? It’s safest after you’ve sold that work. Then your story of how dozens of editors passed on it before the right one bought it can be encouraging to other writers. Or let some time pass and wait until you’re not currently actively submitting before talking in general about rejections you’ve received. If you must vent, do so privately to a trusted friend. Talk to your agent when you’re going through the flurry of rejections that often accompanies a mass submission. Just don’t hop on Twitter to complain about getting yet another rejection and express your worry that no one will ever want your book.

•••
Shanna Swenson earned a journalism degree from the University of Texas but decided it was more fun to make up the people she wrote about. Her contemporary fantasy Enchanted Inc. series has been published around the world. She also writes the contemporary fantasy Fairy Tale series, and her young adult steampunk fantasy Rebel Mechanics has been named to the Lone Star List of Recommended Reading by the Texas Library Association. She’s also contributed essays to a number of books on pop culture topics and spends too much time discussing television on the Internet. Visit her web site at www.shannaswendson.com. 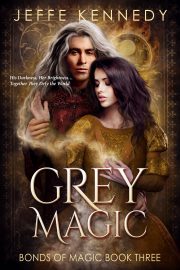