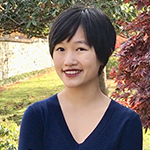 I’ve attended two of the better known SFF writing workshops now. Each time I’ve been one of three students of color (at most). This leads to a set of very curious experiences. Being a POC amidst a group of white writers, many of whom started their careers in the wonderful era of Alleged Racial Wokeness, means that I suddenly take on a set of roles that I did not ask for.

It means that I become the go-to consultant for that one student who has decided to play Racial Roulette with each one of her minor characters so that she can tick off her marginalized identity checkboxes.

“I’ve decided to make the hacker Japanese,” she declares.

“Actually, no. Chinese! Should he be Chinese or Japanese?”

“Is the hacker your only Chinese character?”

“And why must he be Asian?”

“Well, I didn’t want to make him Russian.”

“I like that this sorcerer burns someone up,” I say in a critique. “That’s sexy.”

The instructor perks up. “Yes, as RK pointed out, this sorcerer has magical privilege!”

“How do you feel about this Hawaiian priestess?”

“Do you think I’ve exoticized this geisha too much? I just wanted to tell her side of the story.”

“Can you help me subvert this Indian doctor stereotype?”

“You’re Chinese. Can I ask you about how to write this Korean mother?”

Being the lone POC also means always being the party pooper. It means being considered a weird combination of the Racial Authority Department and the POC who ruins the fun for everyone. Which is a fascinating contradiction–because it means many white writers don’t take objections seriously unless they are convenient to them.

Because being the lone POC also means that keeping silent when everyone in the room wants to watch Big Trouble in Little China, because it’s “soooo funny!” and “clearly a parody” and “you’re not upset about this, right?” (which we can translate as “please don’t be upset about this, it’ll ruin our fun, why can’t you just sit in the corner and be a Good Friendly POC?)

It means that when a racist old white guest lecturer says my story title sounds like the name of a “laundry company” (think about that for a second) and calls me a “just the cutest little Chinese firecracker,” the only support I’ll get from my peers are nervous chuckles and slow head shakes. The instructor won’t intervene.

It means that the white guy with the MFA gets to write about a Chinese woman who, after being sexually abused by her white “master,” commits suicide by drowning herself. The rest of the class admires his artistry. And I am called out for overreacting if I get visibly upset and tell him he has no business telling a story that doesn’t have to be told yet again.

What I’ve seen is that the lone POCs in largely white writing groups often become tokenized faux authorities. We’re consulted just enough to give other work a stamp of diversity approval, but brutally marginalized when their opinions become inconvenient.

I imagine this isn’t just an issue with workshops. I imagine these dynamics could easily extend to conventions, lectures, and MFA programs. But workshops are the place where many fledgling writers break out their careers, write the first draft of short stories that will make them published, make crucial connections, and get introduced to the SFF community. And workshops are where POC writers learn their place.

So, my dear white allies, let me make it a little easier for you.

First, more than anything else, please be willing to do your own homework. If you want to know about the Asian-American experience, read Lisa Lowe, Sucheng Chan, and Maxine Hong Kingston. Then come talk to me. Prove that you care about my history, and that you genuinely seek to be a better ally. Otherwise, using your POC classmates as an educational tool is deeply disrespectful and often hurtful.

Second, don’t roll your eyes every time POC students speak because “it’s just another race thing.” Don’t say that “race really isn’t the focus of my story,” because you either actively challenge existing hierarchies or you tacitly accept them. Don’t mutter that I am just the “social justice warrior” with the agenda. Don’t accuse me of going on a spiel about racism because I don’t know how to critique a work otherwise. Don’t reprimand me when I get angrily critical of your work. Kalli Hollway warns against this kind of tone policing: “the implication here is that issues around racism should only be recognized when presented in a way that neither upsets nor offends your white audience.” Trust me. None of us want to be the campus PC police sent to shut down your party of blissful ignorance.

Third, recognize that we can’t speak for other POCs. I, for instance, can’t answer your questions about the black experience because I am not black. I can’t answer your questions about Gal Gadot and whether Ashkenazi Jews are or aren’t White. I am not Jewish. I am not black, I am not South Asian, and I am not Polynesian. I don’t know. I can read about those issues and try to educate myself, but I cannot speak about them with authority.

Fourth, recognize that you don’t get to offload the burden of calling out racism to me. Don’t look uncomfortably in my direction when someone has said something cringe-worthy. Don’t make me the scapegoat. Say something. Yes, you’ll feel awkward. Yes, it might make you unpopular. But you can fly under the radar, or you can be a good ally. Up to you.

And finally, for the love of God, please don’t make me a racial rubber stamp. Writing about race is complex. It takes time, research, and hard work. If you aren’t willing to put that in, then please don’t ask POC to vet you along on your merry way. Stop asking my permission to take the easy way out. You don’t have it.

Rebecca F Kuang studies modern Chinese history at Georgetown University, and will be pursuing her graduate studies at the University of Cambridge as a Marshall Scholar. She graduated from the Odyssey Writing Workshop in 2016 and the CSSF Novel Writers Workshop in 2017. She spends a lot of time thinking about whether dead historical figures would have made good boyfriends. Her debut novel The Poppy War is a fantasy epic about empire, drugs, shamanism, and China’s bloody twentieth century. It will be published by Harper Voyager in May 2018. She tweets at @kuangrf and blogs at www.rfkuang.com.