In previous posts, SFWA’s own “Tax Czarina” discussed some basic tax issues writers face, bartering, and the 1099 Misc. form. This week’s post focuses on how the IRS differentiates hobbies from businesses.

Q: Is my writing a hobby or a business?

A: There are a number of factors the IRS looks at. The most important factor is whether or not you have a profit motive. You are not in a trade or business unless you intend to make a profit and have some sort of plan for how you’ll accomplish that. Note that this doesn’t mean you must make a profit. Lots of small businesses fail. But the burden of proof here is on the taxpayer. If you’re losing money, the IRS may assert that you’re engaging in a hobby, especially if you only do it part-time or your primary support comes from another source.

So, wow. That sounds subjective, doesn’t it? Why yes, yes it is. It’s a facts and circumstances test and can be highly individual. Or it could depend on how well you argued your case. It’s an area that was litigated heavily until the Safe Harbor rule was created. Under the Safe Harbor rule, the IRS will assume you are in a trade or business if you make a profit in any three of five years. It doesn’t have to be a large profit and it doesn’t have to offset the losses in the other two years. The rule allows a taxpayer to have loss years at the start of a business or to have loss years due to the cyclical nature of a business…like writing, where one year you get a three-book signing advance and then future income is spread thin over several years until you’re earning regular royalties. (May all your books earn royalties for you!)

The Tax Czarina has a few other things she looks at when clients show losses on Schedule C, the most common form for writers and other entrepreneurs who might be struggling with this hobby v. business issue.

All of the above might explain why the taxpayer didn’t make the Safe Harbor test but was still in a trade or business with a profit motive. Below is a list of other factors the IRS considers in making their determination.

In conclusion, those are the various things the IRS looks at to determine whether you’re in a business or a hobby. Businesses can deduct their ordinary and necessary expenses, all of them. Hobbies can only deduct expenses to the extent of hobby income and then only on Schedule A, down in the 2% section (not a good place for it to be, if you want to be able to deduct it) The burden of proving you’re entitled to deduct your business expenses is on the taxpayer. You can meet that safe harbor test over and over and sleep easy. But if you can’t meet the safe harbor test, it doesn’t mean you’re not in a trade or business for profit. It just means you have to be ready to lay out your arguments…like a businessperson does. 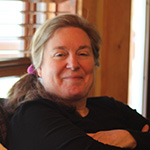 The Tax Czarina is a licensed CPA with more than 25 years of experience preparing US Federal and state tax returns. After earning a Masters of Accountancy degree, her resume includes working for the now-defunct largest accounting firm in the world, for the world’s largest cement and construction material firm, and for her own one-woman company, which specializes in individual and small business income tax. She is currently the preparer for SFWA’s tax filings. She is not looking to add new clients.