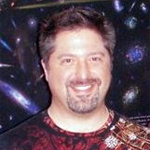 I love astronomy and I love to see it used in science fiction, whether it’s in books, movies, or TV. Movies and TV have the biggest audiences and clips are now easy to share with current technology. I want to share some examples I really love, and a few cautionary tales that can serve as teaching moments. As always, especially with youtube videos, internet links sometimes vanish without warning. These have had some longevity and I anticipate they’ll be around for a little while. Also, given this topic, beware of potential spoilers. Enjoy!

This is big-budget Hollywood version of The Powers of Ten video you may have seen in school in the distant past. While it’s wonderful, it takes a few liberties. For instance, as we pull back light minutes to light years, still inside the solar system, the material played on the radio is from decades past. That’s not technically correct, but does give the right idea that radio waves spread out into space and as we go farther away from the Earth, older radio waves are present. Also, the path appears to be straight out, but to pass through the specific objects viewed a twisted path is necessary.

Contact also has a lot of great astronomy, with the VLA control room recreated exactly in every detail, and Aricebo in all its glory. Not many radio astronomers put on headphones to listen to their observations. Seriously, we usually just email an observe file and download the data when its ready, not even going to observe in person.

This movie averages an error per minute, yet strangely seems to be trying to be realistic (e.g. simulations in the pool, NASA’s Johnson Space Center, space shuttles, and the like). There are a lot of scenes to pick on, and usually I pick on the ridiculously wrong centrifugal forces when they spin up the Russian Space Station. In this case, I want to focus on just one line that Billy Bob Thorton’s character says to Bruce Willis, about how only nine telescopes can see the incoming asteroid, and NASA controls eight of them. Well, this object is the size of Texas and coming in from the asteroid belt at 22,000 miles per hour. There’s only a few asteroids out there close to “the size of Texas” (e.g. Ceres, now technically a dwarf planet, and the smaller Pallas and Vesta), and they were all discovered over two centuries ago with very small telescopes. Literally anyone’s backyard telescope ought to be able to see the Armageddon asteroid coming (a point better done in the somewhat more scientifically accurate movie Deep Impact).

No metric units, strangely enough, I guess with American audiences in mind. The details on the song are basically correct. Eric Idle is a big astronomy buff and I was fortunate enough to meet him on one occasion when he visited the local observatory outside Houston when he was in town and I was working.

This is a sweet scene of a couple taking turns looking through the eyepiece of a Dobsonian telescope. It doesn’t seem to be stable or tracking. When you look through the lens, you should see the comet and stars slowly drifting across the field of view. You don’t. You see stable stars and a visibly moving comet. Comets move quickly but don’t get so close to the Earth, generally speaking, and can’t be seen to be moving with the naked eye and a few seconds of observation. The moon moves quite fast relative to the other background stars and it doesn’t seem to be moving this fast when you look at it in a telescope.

Astronomy in a Woody Allen movie? Well, yes. Cosmology is part of astronomy, and thinking about things like the big bang and the expanding universe can have a significant impact on thoughtful, philosophically inclined people. Seeing this dramatized is moving, in my opinion, and a good reminder for me to slow down and think of the human perspective when I lecture about such things or bring them up in a story.

OK, not a lot of individual scenes for this fine movie available, but let me post the trailer as much of the entire movie is a nice example of how real astronomy is really done:

The Parkes radio telescope didn’t just help us watch the moon landing hoax…er, I mean, men walk on the moon, but it was instrumental in discovering a lot of my favorite quasars that I continue to study to this day.

One of the two classic blunders of science fiction on screen. The Millennium Falcon, we’re told, is “the ship that made the Kessel Run in 12 parsecs.” A parsec, of course, is a unit of distance based on astronomy and is about three and a quarter light-years. At that distance, a star wobbles back and forth a whole arcsecond as seen from Earth as it orbits the sun. Some fans have built an elaborate mythology about how the run is a passage through a cluster of black holes with warped space, or something silly like that, which is nicely deconstructed by Brian Malow with the revelation of the “standard time unit” from George Lucas’s novelization. The second blunder is, of course, trying to pretend that Han didn’t shoot first. (OK, I was going to mention the ridiculously dense “asteroid field” in Empire Strikes Back, but that wasn’t as funny.)

There are a lot of other great and not-so-great examples out there, although many of my favorites are not available to embed from youtube. 2001: A Space Odyssey has some great scenes, for instance, and there’s a wonderful bit about seeing Orion upside down in a Bridget Jones sequel, which is exactly right as the most striking thing in the southern hemisphere sky to a Brit or an American like me. Of not-so-great examples, they’re in abundance.

What examples do you love or love to hate?

Oh, and one final point: there is a strong correlation between the number of astronomers in a movie and how it is rated by the public. So, get writing those scripts and pack in as much astronomy as you can! 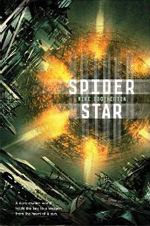 Originally from the St. Louis area, Mike Brotherton got his PhD in astronomy from the University of Texas in 1996, and held positions at Lawrence Livermore National Laboratory and Kitt Peak National Observatory before coming to Laramie. His specialty is studying the supermassive black holes in the centers of galaxies and how they shine when in the active phase. He is also interested in the relationship between such active galactic nuclei (AGN) and their host galaxies, and their mutual evolution. His work is primarily observational, and he uses a wide assortment of telescopes/observatories operating across the electromagnetic spectrum including WIRO, McDonald, IRTF, KPNO, Lick, Keck, Gemini, the VLT, Hubble, Chandra, and the VLA. He also makes use of data archives such as the Sloan Digital Sky Survey. In addition to being a scientist, he is a science fiction writer, author of the well-received science fiction novels Star Dragon (2003) and Spider Star (2008) from Tor Books. He is also the founder of the NASA-funded Launch Pad Astronomy Workshop for Writers, which brings a dozen award-winning professional writers to Wyoming every summer. He blogs at www.mikebrotherton.com. 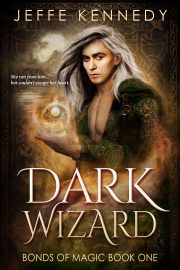