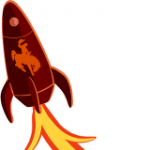 Any time a science fiction movie is released to the big screen, I see complaints about how science is depicted. Films such as Gravity, Interstellar, and Prometheus come to mind. They show things on screen that don’t line up with reality. While there should be some allowance given for audience expectations (a lack of sound in space often feels odd to moviegoers), a real criticism emerges: many dramatic works don’t portray science accurately, even when reasonably easy fixes exist, if only the creators had a bit more knowledge and took some care in their craft.

Founded in 2007, Launch Pad Astronomy Workshop is designed to help address this. Its mission is to immerse writers in a crash-course on basic astronomy and physics. Workshop leader Mike Brotherton–astronomer and science fiction writer–notes that the public tends to form opinions on science not from their time in the classroom, but from their time immersed in story. How space is depicted in films, television shows, and novels tends to leave a lasting impact. Inaccuracies and misunderstandings about how our universe works can spread like bad memes. This isn’t an idle issue: we’re facing real problems in public policy, where a large portion of the electorate is uniformed. A recent survey indicates that 26% of Americans believe the Sun revolves around the Earth*

Storytellers have an opportunity to provide accurate information. We can make a difference.

When I attended last year, LaunchPad featured an array of topics: how to measure the distance from a star, how planets form, how gravity bends light when it goes near a black hole, and much, much more. I filled a notebook over the course of the week with all the new things that I learned.

The week-long course in Laramie, WY, is exhausting, exhilarating, and enlightening. We looked at stunning pictures, learned just how utterly tiny we are in the greater universe, and got to play with an observatory telescope on the top of a mountain. In doing so, I gained a greater appreciation for the universe at large, and already, I’ve seen an impact in my writing. Now, my head swirls with new possibilities. Rather than constricting me with how the universe works, Launch Pad has opened new doors for my imagination.

Launch Pad isn’t a course that will turn you into an expert on the cosmos: that’s an undertaking that’s years in the making. But LaunchPad did provide me with a new level of comfort in using various astronomical elements, and it gave me a good idea of where to look for new information if my notes fall short. It also gave me a new appreciation for simply walking out and staring up into the stars in the sky.

For more information, or to apply (by March 15th), visit LaunchPad.

Andrew Liptak is a freelance writer and historian from Vermont. He can be found online at his blog and at Twitter at @andrewliptak.