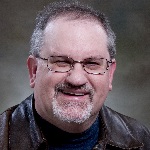 When you’re an independent author, almost every job falls to you as the publisher of your work. There is no Marketing Department, no Public Relations, no Distribution. As a self-published author, all of those jobs fall in my lap. I know some successful self-published authors who’ve hired people to set up their website, their blog, even their Twitter and Facebook accounts. I have not, so far, though if things keep picking up, I just might have to do that.

Websites and blogs are not really all that difficult. There are programs that allow you to build a really nice website with point, click and drag. Same with blogs. I use WordPress, and it was relatively simple to set up. I was also able to get domain names that fit. My website is http://dougdandridge.net, while the blog is http://dougdandridge.com. Luckily, my last name is unusual enough that this works for me. For people with a more common last name, or the last name of an already famous personality, it can be more difficult. At first I tried to make the website as large as possible, which may have been a mistake, since a large website takes a lot of work to maintain, time I no longer have. The blog is much easier, and my blog is a large part of my marketing. I post at least once a week, sometimes more, depending on what is going on. I post about sci-fi and fantasy memes and tropes, movies, books, and especially about my own new releases, along with excerpts. I will also post how well my sales are doing, or reviews, or whatever. Partially, the blog is a way I communicate with fans, but it’s also how I share with other writers what I am doing that works, and what doesn’t. I post my blog on Twitter, my Facebook pages, and many specialty pages, both on Facebook, Google+ and Tumblr. This gives my blog a much larger reach than just my subscribers. I have hundreds of subscribers, but each blog gets thousands of views over time.

On Facebook I have both a personal page and an author’s page, though the personal page gets a lot more traffic. If a fan wants to friend me, I always accept, and I regularly send requests to people I find interesting. Twitter is my heavy hitter. I started out, like everyone else, with very few followers. I joined the Independent Author’s Network and started retweeting the tweets of other authors who had lots of followers. After a while I started tweeting my own stuff, and people with many more followers, some more than eighty thousand, retweeted me. Over time I started picking up followers, including some, like the Science Fiction Book Club, which, while they don’t carry my work, is still an organization I am interested in knowing about me. Good publicity is always a good thing, if not with immediate returns, then eventual.

Goodreads was another useful resource. After signing on as an author, I discovered the books of mine they were already listing (which was a real rush). I then posted all of my books, my covers, excerpts, and book trailers. I found that the more venues I contacted, the better my chances of being discovered. The same with Shelfari, though they aren’t as important as Goodreads.

One of the more important things I did was to solicit reviews on Amazon. Not the pay for good reviews thing that some dishonest people try. I asked people I know who had read my books to give an honest review. I posted links in my ebooks to the sales page and asked for a reviews. And then there were just the people who reviewed the books on their own. Somehow, I’m still not sure how, I have gotten over fourteen hundred reviews across all my books for a 4.5 star average. Some indies have more, and some have a lot better averages, but I’m satisfied with what I’ve gotten thus far.

Probably the biggest marketing boost I gave my books was doing a Kindle giveaway. The book has to be exclusive to Amazon, which causes some people problems. But I have sold a lot of books on that platform. I schedule the book for a freebie, normally the whole five days they allow every ninety. I went to the Author’s Marketing Club site and used their free submission tool to alert a bunch of sites that my book would be free on those days. I also found a few others, as well as a bunch of Facebook pages that do the same thing. I blogged about the giveaway a couple of days before the start of the promotion, and tweeted it as well. I set up Hootsuite to tweet about twenty-five times a day so I could cover all time zones. On the day of the promotion I increased my own tweeting, and posted to every Facebook promotion page I could find. I also tweeted at twitter addresses that follow book giveaways. Three days into the promotion I did another blog post to inform people on how the promotion was coming, and to let them know the book was still available.

The first book I promoted this way was The Deep Dark Well, and I gave away 4,100 copies. Since then I have sold 5,500 copies of that book. I did giveaways of several other books that didn’t do as well, either in the freebies or the later sales. But when I released Exodus: Empires at War: Book 1 it flew off the Amazon hard drives. Later, book 2 of the series did the same, and that made my success. Some people say that the freebie promotion no longer works, but I ran a promotion on Exodus: Empires at War: Book 1 and gave away 4,900 copies. The next month I sold more than five hundred copies of each of the five Exodus books already out, including book 1, and book 6 sold faster than any of the previous books in the series. Again, I went through all the steps I outlined above, and it really helped my overall sales for May, which (as of the date this post was written) was my best month ever.

When Amazon came out with Kindle Unlimited, I wasn’t sure how that was going to impact my income. I made the decision to not put book 7 of the Exodus series with exclusivity to Amazon, even though Amazon is the only ebook seller it’s listed on. I wanted to get people who were willing to buy the book do so first. The book sold just as fast as book 6. Another strategy I’m thinking of is publishing shorter works, in the 50,000 word range, and pricing them at about half the price of a novel.

As I said in the first paragraph, this is all on me. I have to make the decisions as to what I’m going to do. And each decision affects how much I make. The Refuge fantasy series is not making the money that Exodus is, but still has thousands of loyal fans. I’ve decided to keep the series going at this time, at least until I get to a logical stopping point. It just seems like the right thing to do, and I’m not hurting financially, so I can take a month and a half to write a book in that series every year. That’s the wonderful thing about being an indie. I write what I want to write, and the books fit my own vision. The risk is that I succeed or fail by my own decisions, which may not be as well informed as that of a professional marketing department. But so far it’s working.

Doug Dandridge is a Florida native, Army veteran and ex-professional college student who spent way too much time in the halls of academia. He has worked as a psychotherapist, drug counselor, and, most recently, for the Florida Department of Children and Families. An early reader of Heinlein, Howard, Moorcock and Asimov, he has always had a love for the fantastic in books, TV and movies. Doug started submitting science fiction and fantasy in 1997 and collected over four hundred rejection letters. In December of 2011 he put his first self-publishing efforts online. Since then he had sold over 100,000 copies of his work, and has ranked in the top five on Amazon Space Opera and Military Science Fiction multiple times. He quit his day job in March 2013, and has since made a successful career as a self-published author.