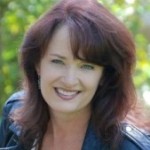 How to work a room:

When attending a social function–whether it’s a small gathering at someone’s home, or a political fundraiser, or a room party at a convention–you are being gifted with the opportunity to meet, mingle, and make contact with a wide variety of people.

Unfortunately, most people do one of two things: They either cling to the people they already know, or they cling to the first few people they meet at the function. What I intend to do here is give some pointers on how to get the most out of any social gathering, whether you’re there for business or for pleasure.

First thing is to do a general scan of the room. Most likely you will see that people have broken off into clumps, or small groups. If there is anyone there that you know, go greet that person first. That will break the ice for you, and give you a comfort zone to start from. If this person does not then introduce you to others in the group, you should go ahead and introduce yourself, saying something like, “I don’t believe we’ve met before. I’m [name].” Or, “Hi, I’m [name]. It’s a pleasure to meet you.” If someone looks familiar and you can’t remember their name, it’s absolutely perfectly all right to say, “I’m so sorry, I feel certain that we’ve met before, but I’m rotten with names.” Very few people will be offended that you could not remember their name, since 99.9% of the people in the world have a similarly lousy memory for names. The important thing–to them–is that you recognized them. As an added note, if you’re not sure if you’ve met someone before, err on the side of caution and say the “I feel certain we’ve met before” line anyway. If they then insist that there’s no possible way you’ve ever met before because they’ve been living on Moon Base Alpha, smile and shrug it off and introduce yourself anyway, saying, “Well, then, it’s good to meet you now!” Or something of that ilk.

Okay, you’ve met your first group of people. Now is the time for polite conversation on the order of, “Have you ever been to a convention before?” “Are you a friend of [candidate for judge]?” “Are you a neighbor of the Smiths?” Simple “ice-breaking” easy questions. Then you can move on to slightly more probing questions such as what people do for a living, etc. Try your hardest to wait for someone to ask you about yourself or what you do before talking about yourself. If you are at the party with a friend or associate, this would be a good time for you to “plug” them, i.e. “Mark here recently sold three books to Orbit!” Mark will love you for this, because he desperately wanted to shout this to the entire group, but since you did it instead, he can now appear modest instead of obnoxious. And, hopefully he will return the favor and do the same for you. (In fact, it’s a thousand times more effective to work a room with a partner, but that’s a topic for Networking 301–The teamwork approach.)

It would be incredibly easy and comfortable now to stick with this group for the majority (or entirety) of the party. Resist the urge! If there is anyone else you know at the party, this next step will be easier. Otherwise this will be the hardest step you will ever take. But you absolutely must excuse yourself from your comfortable little group and move on. Do so politely, saying something like, “Would you excuse me? I see someone I need to say hello to.” Or even just a plain, “Excuse me,” as you step away from the group. If you’re moving to another group where there is someone you know, simply repeat the introduction process from the first group. Otherwise, here are a few simple tricks:

Get another drink (though you should be extremely careful that you do not become intoxicated!) Attempt a bit of small talk with others waiting to get drinks. Introduce yourself. “Great party. Have we met? I’m [name].”

If there is food, get a bite or two to eat. Make small talk to others near the food about how great the food is, or (if the food isn’t very good) how pretty the tablecloth is. (Do not disparage the food or the drinks or the party in general at any time that you are at the party. You never know who might hear you, and it’s not a way to win points with the host or hostess.) Introduce yourself. “Great party. Have we met? I’m [name].” (Sensing a pattern here yet?) Also, you should definitely find the host or hostess or organizer at some point and thank them for the party. “Hi, I’m []. I don’t want to take up your time, but I just wanted to let you know that this is a great party. Thanks!”

If you don’t feel like getting anything to eat or drink, gently ease to the edge of a group that doesn’t appear to be having a private or intense conversation. At some point there will be a lull in the conversation and someone in the group will notice you, and might perhaps give you a questioning look. This is when you should give a friendly smile and say something like, “Hi, I’m doing my best to be sociable and meet new people. I’m [name].” Now you are back to the process you were at with your previous groups. See? Easy!

Also, if you are in a group of people and you see someone hovering at the edge, pay the social karma forward and invite the hovering person forward. “Hi there. Have we met before? I’m [name] and this is [name], [name], and [name].”

Continue to repeat this process, however don’t flit from group to group so quickly that it’s obvious that all you are trying to do is meet people. Also, resist the urge to constantly scan the room to see who’s there. You don’t want the people you’re with to think that you’re just killing time with them until someone better comes along. A good rule of thumb is that you should stay with a group long enough so that you know some sort of detail about each person there. (I’m not saying that you will have to remember the details later, but this will also encourage you to ask questions and allow other people to talk about themselves.) Then, excuse yourself from the group at a point where the others will be sorry to see you leave, instead of relieved to see you go. Sometimes this is difficult to determine, so earlier is always a safer bet. It gets easier to judge this with practice.

With luck, persistence, and a friendly smile, this process of mingling will allow you to have a few minutes with the majority of the people in the room.

A few notes: A social gathering is not the place to do business, even if it is a business-related social gathering. You can mention the business that you’re in, or the business that you’re interested in, but if you happen to encounter someone who could be of benefit to you in your business, it is far better to make arrangements to meet later. “Perhaps we could discuss this later at the bar? I’ll buy the first round.” This is especially important to remember for authors who might be shopping for agents and/or editors. Most agents and/or editors are very nice and polite creatures who might ask you if you are a writer. If the answer is yes, control yourself to absolutely no more than TWO sentences about your writing and your work. “Yes, I’m a writer. I just finished a book about a homicide detective who can summon demons.” Then stop talking. If, and only if, the agent and/or editor asks for more information, say, “I’d love to tell you more about it, but I don’t want to take up all of your time at this party. Perhaps we could meet at the bar later? I’ll even buy you a drink.” This would also be an appropriate time to hand over your card. (I once wrote “Good for one free drink” on the back of my card before handing it over. The editor thought it was hilarious, and did in fact meet me in the bar later. Months later, she remembered who I was, even though I never ended up sending anything to her. It’s best to be remembered in a good way.)

If the editor/agent declines your offer of a later meet up, realize that it is most likely not a rejection of you, but more likely due to the fact that they have little to no free time to meet up with someone who is not already a client. If your offer is declined, smile graciously and ask if the editor/agent has a card and then say, “I understand. If it’s all right with you then, I’ll just send you a proposal according to your guidelines.”

-If the room is absolutely packed to the gills and noisy as all hell, you might be better off staying outside or in the hallway. People will eventually gravitate out to cooler and quieter areas, and then it will be possible to carry on actual conversations.

-Eat only very small bite-sized things that you can clear out of your mouth quickly.

-If you are holding a drink, hold it in your left hand so that your right hand is a) free for handshakes, and b) it is not cold and clammy from holding a cold drink.

-If you smoke, try to resist going out to light one up until you’ve done a fairly thorough circuit of the room.