The SFWA business meeting will be held the morning of Oct. 31 at the Fairmont Hotel, 170 South Market Street in San Jose. A light continental breakfast will be served to SFWA members beginning at 8:00am, with the meeting commencing at 8:30am and running to 9:30am.  The business meeting was scheduled so as not to conflict with regular WFC programming.

“We are very grateful to World Fantasy for reaching out with this offer of aid,” said SFWA Secretary Mary Robinette Kowal. “As one of the most important annual conventions, a large number of our members already planned to attend. This partnership is a win-win for everyone, and allows us to honor the ‘Fantasy’ element of our mission.”

SFWA will not hold a business meeting during the upcoming 67th World Science Fiction Convention in Montréal, Québec. Massachusetts law—under which SFWA is incorporated—precludes meetings outside of the United States. Normally, the business meeting would be during a North American Science Fiction Convention, but NASFiCs are only scheduled when Worldcon occur outside North America. 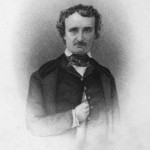 The World Fantasy Convention is an annual gathering of professionals, collectors and others interested in the field of light and dark fantasy art and literature. The number of attending memberships are limited, and usually sell out in advance of the start of the convention. The World Fantasy Awards are presented during a Sunday afternoon banquet.