Writer Beware is a publishing industry watchdog group sponsored by Science Fiction & Fantasy Writers of America which “shines a light into the dark corners of the shadow-world of literary scams, schemes and pitfalls.”

“We’re thrilled that Robert Fletcher has been ordered to pay our costs–but even more that the Court has acknowledged the bad faith nature of this lawsuit, which was brought with the express intention of harassing Writer Beware into silence,” said Strauss. “We feel completely vindicated, and hope that this outcome will give pause to anyone who may consider bringing a similar frivolous claim in future.”

The suit, initiated by Fletcher and his company, the Literary Agency Group, alleged defamation, loss of business and emotional distress while making claims Fletcher had lost $25,000 per month due to warnings about his business practices posted by Crispin and Strauss. The suit was dismissed with prejudice March 18 by the Massachusetts Superior Court due to Fletcher’s failure to respond to discovery or otherwise prosecute the lawsuit.

In the Aug. 5 ruling handed down by the court, Fletcher was found to have brought the case “in bad faith, was and is frivolous and was brought only to curb the defendants, Crispin and Strauss’ first amendment rights.”

“For over a year, Victoria and I have been working with our attorney in Boston, giving him large boxes of documentation regarding Robert Fletcher and his many aliases, companies and activities aimed at separating writers from their hard-earned money,” Crispin said. “This is a victory for writers worldwide! And yes, we’ve gotten complaints and inquires about Mr. Fletcher’s claims and operations from writers in Australia, Finland, Israel and many other countries–even Nigeria!”

Crispin and Strauss’ motion, filed through counsel against Fletcher and the Literary Agency Group, Inc., seeking recovery of their legal fees incurred in defending the frivolous lawsuit has been granted by the court.
The case dates to Feb. 2008, when Fletcher and his company filed for a temporary restraining order pending a preliminary injunction against Crispin and Strauss in Suffolk County Superior Court in the Commonwealth of Massachusetts.

“This ruling is vindication for Ann, Victoria and Writer Beware,” said SFWA President Russell Davis. “Writer Beware is one of the most important and valuable services SFWA provides, and the overwhelming victory in this case should serve as a warning to others who would consider filing frivolous lawsuits in the future.”

Crispin and Strauss have volunteered countless hours of their time to advising, educating and warning aspiring and established authors about dubious, questionable and outright criminal business practices on the fringes of the publishing industry. They maintain the Writer Beware website (www.writerbeware.com) and are major contributors to Writer Beware Blogs! (http://accrispin.blogspot.com/). 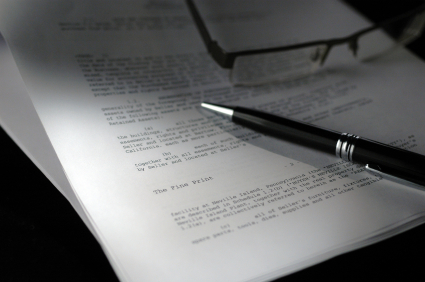