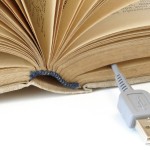 “We are thrilled that SFWA® has joined our unique and diverse group of academic, professional, and industry organizations,” said Alliance co-chair Peter Brantley. “More and more, people across the spectrum of this issue are recognizing that the settlement as it is currently proposed is not the right way to bring about the promise of the mass digitization and distribution of books.”

Founded in 1965 by the late Damon Knight, Science Fiction and Fantasy Writers of America brings together the most successful and daring writers of speculative fiction throughout the world. Since its inception, SFWA® has grown in numbers and influence until it is now widely recognized as one of the most effective non-profit writers’ organizations in existence, boasting a membership of more than 1,500 professional science fiction and fantasy writers as well as artists, editors and allied professionals. Each year the organization presents the prestigious Nebula Awards® for the year’s best literary and dramatic works of speculative fiction.

“SFWA is excited to be a part of the Open Book Alliance, and we’re supportive of the work being done by this diverse group,” said Russell Davis, President of SFWA. “The members of this group makes clear that the concerns about the Google Book Settlement are shared by many organizations from numerous perspectives in publishing and other, related industries. As an organization, our concerns are myriad, as we indicated in our public statement issued on August 8th, 2009, which can be read at http://www.sfwa.org/2009/08/sfwa-statement-on-proposed-google-book-settlement, among them:

• The proposed Google Book Settlement potentially creates a monopoly by granting Google excessive power to control the market for out-of-print books that are offered to the general public.
• The “opt-out” mechanism proposed for the settlement contradicts the very foundation of copyright.
• By settling, Google never fully addressed and litigated the issue of copyright infringement/fair use, which was at the heart of the 2005 lawsuit brought forth by the Authors Guild and the Association of American Publishers. The settlement further obfuscates the issue of how Google’s scans and publication of the snippets should be treated under U.S. copyright law.

The Open Book Alliance will work to inform policymakers and the public about the serious legal, competitive, and policy issues in the settlement proposal. Other members of the Alliance include:

In 2005, the Association of American Publishers (AAP) and the Authors’ Guild filed suit against Google, objecting to the company’s mass digitization of millions of books on copyright violation grounds. The parties privately settled for $125 million and devised a scheme that would permit Google to charge libraries and consumers for access to the digitized books. Under the deal, Google, the Authors Guild and the AAP would gain significant new powers to control the fledgling market for digital books.

The Open Book Alliance can be found online at http://www.openbookalliance.org, and on Twitter @OBAlliance.