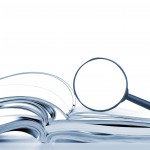 I’m a bit tardy on reporting this, but what can I say–I was on vacation last week, and didn’t bring my laptop. What’s more, I didn’t miss it a bit. No email, no blogging, no Twitter–bliss! Which just goes to prove that I’m not an Internet addict. No, not me. I can quit any…time…I…want…to.

Last week, the U.S. Justice Department’s anti-trust division urged the court to reject the Google Book Search Settlement, citing “concerns of the United States regarding class action, copyright and antitrust law.” (The full text of the DOJ’s brief can be seen here.) However, it urged the parties to continue discussion, since “a properly structured settlement agreement in this case offers the potential for important societal benefits, [and] the United States does not want the opportunity or momentum to be lost.”

As a result, the Authors Guild and the Association of American Publishers petitioned the court to adjourn the Fairness Hearing scheduled for 10/7, arguing that negotiations with the DOJ would substantially change the provisions of the Settlement and that, under those circumstances, it made no sense to seek approval of the current Settlement. On 9/24, Judge Denny Chin granted the petition. However, parties to the Settlement will still have to appear on 10/7, as Judge Chin has scheduled a status conference for that date.

In his adjournment order, Judge Chin noted that “the current settlement agreement raises significant issues, demonstrated not only by the number of objections, but also by the fact that the objectors include countries, states, nonprofit organizations, and prominent authors and law professors.” However, “the proposed settlement would offer many benefits to society, as recognized by supporters of the settlement as well as DOJ…if a fair and reasonable settlement can be struck, the public would benefit.”

So…it’s back to the negotiating table. Meanwhile, Google faces a challenge in France, as the AFP (France’s publishers’ association) and Society of Authors contest Google’s digitization project in a court case that opened on 9/24.

I’ll be following these stories as they unfold.

I chose to opt out of the Settlement (for my reasons for doing so, see below). Now that the Settlement is off the table as it currently stands, that choice may be moot. Given my concerns about copyright, as well as the ways in which Google seems poised to monetize its vast digital library and the impact that may have on authors’ rights, I think there’s a good chance I won’t change my mind–but in light of what are likely to be substantial changes, it seems only fair that authors be given the opportunity to reconsider their decisions. It will be interesting to see if, in fact, we get that chance.

For reference, my previous posts on the Google Book Settlement: