A style sheet is a document the copyeditor prepares that lists the grammatical conventions, characters, places, unusual or made-up words, and the distinctive treatment of words (capitalization, hyphenation, favored spellings, etc.) within a particular text. My style sheets are very thorough, because every decision I make is a deliberate one, and I’m often leery that an overzealous proofreader will come along and try to change things.

Style sheets are useful in a number of ways. First, they help the copyeditor maintain consistency. I’ve heard other copyeditors say that they prepare the style sheet once they’re done with a book, and I cannot imagine how that works for them. I refer to the style sheet constantly as I copyedit, because despite having a freakishly good memory for what I’ve read, even I cannot keep track in my head of the hundreds (literally) of possibilities that alternate spellings, hyphenation, and capitalization produce in any book.

For fantasy and science fiction, style sheets are particularly important for a number of reasons: First, SF/F books often come in series, and a thorough style sheet is important for maintaining continuity from one book to the next. Second, these books generally contain a large number of made-up places and terms–the authors are often fantastic world-builders–as well as very unusual names. In any genre, it can be difficult to remember the exact spelling of the name of a minor character you haven’t seen in three hundred pages–Was it “Frederick” or “Frederic”?–but in SF/F you might have an alien proper noun with seven consonants and an apostrophe. 🙂 Unless you’ve already written it down and can refer back to your list, you’re going to have a hard time maintaining consistency. (And incidentally, the complexity of the world-building and its attendant vocabulary is one reason many copyeditors don’t like to take SF/F–it’s a lot of work that way.)

Style sheets are often provided to the compositor, too, and the compositor can then use them while setting the book to verify that something was indeed done intentionally.

And style sheets are always provided to the proofreader.

As an aside, proofreading (which is comparing the set proof against the manuscript) requires less knowledge than copyediting. Therefore it pays less, partly because proofreaders don’t have to make decisions about how to apply styles and so on: They’re just supposed to make sure the styles the copyeditor decided on were followed. That doesn’t stop some proofreaders, however, from deciding that the copyeditor should have followed strict CMS (Chicago Manual of Style, the basic publishing Bible) and altering things accordingly. (I personally think that authors should always be able to see the proofreader’s alterations, and many publishers don’t show them outright, though they may send along second proof with the changes already incorporated.)

As I’ve noted elsewhere, I dislike CMS for fiction; it is geared toward nonfiction. And despite the fact that some production editors like copyeditors to follow strict CMS, I’ve yet to talk to a single editor (and I’ve talked to many about this) who feels the same way. Tor editor Teresa Nielsen Hayden, for instance, agreed with me about that in this thread, calling strict CMS “potentially disastrous” for fiction. CMS’s rules on hyphenation, for instance, drive authors insane if you follow them exactly, and with good reason: The rules often make fiction less readable. (And yes, I know I’ve promised a post on hyphenation; I’m just really skeptical that I won’t bore people to death with it.)

So my style sheets contain a lot of items in which I’m instructing the proofreader to leave things alone: “Fragments are acceptable with this author’s style” and “Split infinitives are acceptable with this author’s style” and “Please follow style sheet for hyphenation.” (I detest the “never split an infinitive” rule, btw. Everyone knows that the only reason the rule came into being is because some bishop looked at Latin and decided that since Latin didn’t split infinitives, English shouldn’t either, right? And Latin can’t split infinitives, because they’re all one word. Argh. Drives me nuts. Following that rule can result in the most unnatural-sounding sentences. There’s a detailed discussion here if you’re interested. )

I also put into the style sheet things I need to keep track of: Does the author prefer to lowercase or capitalize a full sentence after a colon? What is the author’s preference for showing the possessive of proper singular nouns ending in “s” or “x”? How does the author treat titles? Some publishers have particular house styles they want copyeditors to follow for those rules, and if so I note those on the style sheet.

And of course I put in all the character names and nicknames and epithets and titles. I put in the names of the characters’ pets or horses, and what color and sex they are. I note all the place names, and whether they take a “the” in front. I note the names of wars and laws and the titles of books to which the characters refer. I note the author’s preferred spelling for any words for which there are alternatives. For all of those, I put in the page number for the first time I saw each item.

It goes on and on. I want to be consistent, and if I make a change, I want it to make sense to the author. The book is their baby, after all. By maintaining a thorough style sheet, I am able to have a particular page to show the author if I query or change something in order to produce consistency. To me, that’s just common courtesy. 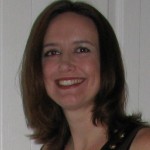 Deanna Hoak is a freelance copyeditor specializing in fantasy and science fiction. SF/F novels she has copyedited have been finalists for (and have sometimes won) the Hugo, Nebula, Arthur C. Clarke, Endeavour, Golden Spur, John W. Campbell Memorial, Quill, Locus, Philip K. Dick, British Science Fiction, British Fantasy, and World Fantasy awards. In 2007 she became the only copyeditor ever short-listed for a World Fantasy Award.