CHESTERTOWN, Md. –  Science Fiction & Fantasy Writers of America (SFWA) will honor Vonda N. McIntyre and Keith Stokes with Service to SFWA Awards for 2010 during the Nebula Awards® Weekend May 13-16 in Coco Beach, Fla.

McIntyre is being honored for her many years of maintaining SFWA member websites and other sections of the original SFWA website on a volunteer basis, as well as numerous other volunteer activities. Stokes is being honored for his service on multiple committees, as well as managing SFWA news alerts, ensuring organization membership is kept up to date with developments in SFWA and the publishing industry. 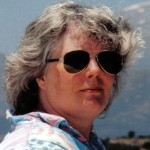 McIntyre sold her first short story in 1969 and published her first novel, The Exile Waiting, in 1975. Her 1978 novel Dreamsnake won the Hugo and Nebula Awards, and her 1997 novel, The Moon and the Sun, won the Nebula Award.  She organized the first incarnation of Clarion West Writers Workshop (1971-1973), has taught at numerous other workshops and served as the Evans Chair Scholar at the Evergreen State College, Olympia, Wash., in 2000. McIntyre is a founding member of Book View Café, an authors’ co-op distributing its members’ work in electronic form. She is a card-carrying member of the American Civil Liberties Union, where she volunteers. 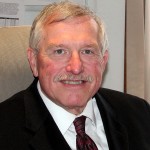 Stokes, a freelance photographer and travel writer, operates his own travel web sites www.kansastravel.org and www.mightymac.org. His genre publishing credits includes the SFWA Bulletin, Locus and File 770. Stokes helped found the Science Fiction and Fantasy Hall of Fame (which was latter incorporated into the Science Fiction Museum and Hall of Fame in Seattle) and was chairman of the SFFHoF from 1996-2001. In addition to chairing and holding various staff and committee positions at regional and national science fiction conventions, he currently serves as secretary and treasurer of First Fandom and is president of the Dawn Patrol, a loose organization of more than 300 science fiction, space and aviation enthusiasts from throughout the United States and Canada.

Prior to 2000, the award was a surprise announcement at the Nebula Awards banquet, but in recent years the recipients have been announced in advance.

The 2010 Nebula Awards® Weekend will be held in Coco Beach, Fla., May 13-16.  The date was chosen to coincide with the scheduled launching of the Shuttle Atlantis on Friday, May 14. The Nebula Awards will be presented at a banquet on Saturday evening, May 15.  Joe Haldeman will be honored as the next Damon Knight Grand Master. For more information, visit www.nebulawards.com.