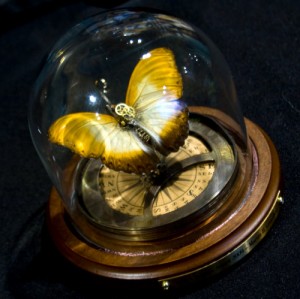 COCOA BEACH, Fla. — Tom Doherty, Terri Windling and the late Donald A. Wollheim are recipients of the 2010 Solstice Award, presented by Science Fiction and Fantasy Writers of America.

SFWA President Russell Davis made the announcement March 22. The recipients will be honored during the Nebula Award Weekend® in Cocoa Beach, Fla., May 14-16.

“The SFWA Solstice Award is meant to recognize those who have made a major difference to our field, and we’re proud to be able to honor the contributions of Tom Doherty, who has been integral to the shape and growth of SF and fantasy, for many, many years, as well as Terri Windling, whose contributions to the field, especially in mythic fiction, are unrivaled, and, of course, Donald Wollheim, who changed the course of fantasy paperback publishing in the United States,” Davis said.

Tom Doherty founded Tom Doherty Associates in 1980 following a career that included stops at Pocket Books, Simon and Schuster, Tempo Books and Ace. As president and publisher of Tom Doherty Associates, his publishing lines now include Tor, Forge, Orb, Starscape, Tor Teen and Tor Classics imprints, and many of his authors have won honors as diverse as the Nebula, Hugo, Edgar, Spur, Tiptree, Stoker and Western Heritage awards, among others.

“Thank you, SFWA, you who have told the stories which have moved the generations of my lifetime to dream and build and move beyond,” Doherty said. “Your recognition of my contributions to the speculative fiction field is a very special thing.”

Writer, editor and artist Terri Windling has earned widespread acclaim for her promotion of the fantastic in the arts, notably through her founding of and continued work with Endicott Studio. She has published more than 40 books as author and editor, winning nine World Fantasy Awards, the Mythopoeic Award and the Bram Stoker Award. Her essays on myth, folklore and mythic arts have appeared in magazines, art books and anthologies in the United States and Europe.

“It has been a great privilege to work with so many talented writers, artists and editors in the SF/fantasy field over the last three decades,” Windling said. “I’m particularly grateful to the fantasy genre for giving a home to those of us who care passionately about myth and fairy tales and their expression in contemporary fiction and art. Thank you so much for this award, which truly belongs to all my colleagues and collaborators at the Endicott Studio and in the field of mythic arts.”

A founding member of the Futurians, Donald A. Wollheim was active in early fandom, organizing the first science fiction convention, and had a profound influence on the development of 20th century science fiction. He published numerous short stories and novels, but is best remembered for his work in publishing. In 1953 he introduced science fiction to the Ace line and invented the Ace Doubles, and his controversial publication of unauthorized paperback editions of J.R.R. Tolkien’s Lord of the Rings is credited with establishing the modern mass-market fantasy field. He founded DAW Books, and helped launch many careers of science fiction and fantasy authors through the mass-market publisher. From 1965-71, he co-edited the annual anthology World’s Best Science Fiction with Terry Carr, and continued with The Annual World’s Best SF from 1972 until his death in 1990.

“I’m thrilled that my father has been chosen by the President and Board of SFWA to receive the Solstice Award,” said Betsy Wollheim. “Although my dad was primarily an editor, he thought of himself first and foremost as a writer. It is especially meaningful that he is now being honored by his fellow authors. Thank you all so much!”

Created in 2008, the SFWA Solstice Award may be given at the discretion of the president with the majority approval of the SFWA Board of Directors. No more than three awards may be given in a fiscal year. The Solstice Award may be given to any person, living or deceased, with the exception of an individual who has already received either a Damon Knight Memorial Grand Master Award or named Author Emeritus, who has had a significant impact on the science fiction or fantasy landscape, and is particularly intended for those who have consistently made a major, positive difference within the speculative fiction field. Previous winners include Algis Budrys, Martin H. Greenberg and Kate Wilhelm.

The Solstice Award is not reserved to members of SFWA, nor just to writers, but is intended as a broad spectrum award to recognize a wide variety of individuals.

The 2010 Nebula Awards® Weekend will be held in Cocoa Beach, Fla., May 13-16. The date was chosen to coincide with the scheduled launching of the Shuttle Atlantis on Friday, May 14. The Nebula Awards will be presented at a banquet on Saturday evening, May 15. Vonda N. McIntyre and Keith Stokes will be honored with the SFWA Service Award, and Joe Haldeman will be honored as the next Damon Knight Grand Master. For more information, visit www.nebulaawards.com.

Since its inception, SFWA® has grown in numbers and influence until it is now widely recognized as one of the most effective non-profit writers’ organizations in existence, boasting a membership of approximately 1,500 science fiction and fantasy writers as well as artists, editors and allied professionals. Each year the organization presents the prestigious Nebula Awards® for the year’s best literary and dramatic works of speculative fiction.