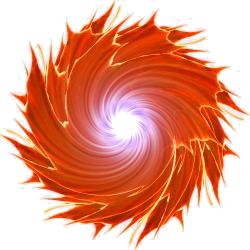 Our congratulations to them and to the other nominees.

The short-listed works in the adult category for the 2010 Sunburst Award are:

The short-listed works in the young adult category for the 2010 Sunburst Award are:

The Sunburst Award for Canadian Literature of the Fantastic is a prized and juried award that is presented annually. Named after the debut novel by the late Phyllis Gotlieb, one of the first published authors of contemporary Canadian speculative fiction, the award consists of a cash prize of $1,000 and a hand-crafted medallion, which incorporates the “Sunburst” logo, designed by Marcel Gagné. It is based on excellence of writing; the jury selects five short-listed works and one winner, representing the finest of Canadian fantastic literature published during the 2009 calendar year. The requirements of the young adult award are the same as for the adult award except for the age of the audience to which the work is addressed. The winner of the annual young adult award will also receive a medallion and prize of $1,000. Winners will be announced in the fall of 2010.

The Sunburst jury says about:

The Mystery of Grace by SFWA member Charles de Lint: “On Halloween, artist John Burns meets heavily tattooed garage mechanic Altigracia (‘Grace’) Quintero, and they bond over a shared love of rockabilly music. The two fall into bed and subsequently into love, but the relationship is complicated by the fact that Grace has been dead for two weeks already and may be forever trapped forever inside the neighbourhood she occupied during life.

“Like most de Lint, this book is beautifully written and existentially sad, full of sensual detail and offhand magic; it also has equally interesting things to say about free will, ‘fate’ and the transformative nature of grief. And though the mysteries of Grace are many, de Lint’s talent remains undeniable.”

Indigo Springs by SFWA member A.M. Dellamonica: “When Astrid returns to the town of Indigo Springs and to the house she has inherited from her father, accompanied by Sahara, the girlfriend she has a crush on, and Jake, her platonic buddy who has a crush on her, she finds that, far from being the dissipated drunk the town thought him, her father was a crafter of magical objects called ‘chantments,’ using the power of the mysterious spring of blue waters beneath the house. When Astrid and Sahara learn to use the power for themselves, they discover the magic is both addictive and transformative. As their power grows, their experiments escalate into an ecological crisis … and open an unbridgeable chasm between them.

“Original, passionate, lyrical and powerful, entertaining and terrifying at once, Dellamonica’s debut novel examines how both good intentions and good people can be overthrown by the temptations of power.”

Makers by SFWA member Cory Doctorow: “A busy, optimistic, science-exciting, reality-scary story in a near-future time when a meritocracy is the last resort of a world that badly needs fixing. Enter two inventors and DIYers, Lester and Perry, and their bio-blogger, Andrea Fleeks, who documents their rise and fall. While the novel is probably tailor-made for this generation of multi-screen viewers, the pace is sometimes exhausting, but good-exhausting, like the interactive fair rides which figure so prominently. As a comically dystopian view of the near future, it isn’t that far off the mark, and unfortunately is a bit on-the-nose as the world weighs in with fix-it suggestions on the BP leak in the Gulf. As a novel, it rocks: Doctorow at his breathless, peripherally viewed best, half-mocking, half-predicting the pop culture future with Fatkins and modified Elmo dolls. Using left-behind technology to create something new and better is an excellent model for this sadly limping globe.”