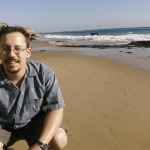 I hear a lot of writers pining for some magic yesteryear when it was easier to make a living off of one’s words (it shifts with the demographics: the bitchin eighties, the dynamite seventies, the groovy sixties, the happening fifties, etc.). But the sad truth is writing has always been a hard gig, and those elder statesmen of lost eras who could, no fooling, make their daily bread from hammering the keys often did so under far worse circumstances than we face today. Sometimes they got little more reward for their wordage than a bowl of automat soup. Don’t believe me? Just ask Frank Gruber.

Frank Gruber was a workhorse of the pulp era. Born in 1904, he only lived to see his sixty-fifth birthday, but he made his living by writing like a machine gun at Vimy Ridge. Frank Gruber climbed the ladder to make some good money in the pulps as well as with novels. He created three series characters (Johnny Fletcher, Otis Beagle, Simon Lash). He had a number of novels and a short story collection and wrote his own autobiography, The Pulp Jungle (1967), two years before he died. And he did it all in the wake of the Great Depression. Not a bad legacy for a writer few remember.

Gruber’s story of survival in stories during the 1920s and 1930s is harrowing. So, I thought it would be instructive to see just how a Herculean work ethic can keep your dreams alive even when the whole fiscal world goes ass-over tit.

Gruber wanted to be a writer like his hero, Horatio Alger. While he had little to no formal schooling in letters, he compensated with a merciless work ethic. He started writing in 1922 and received his first sale in 1925. It was only a measly Sunday School publication, but it was a start. His writing credits got him short term work on farming magazines, but even after he lost his job, he kept writing. Between 1932 and 1934, he had a handful of sales. But his output was scary: “I wrote a grand total of one hundred and seventy four ‘pieces.’ The total wordage amounted to six hundred twenty thousand words, the equivalent of about eight books.”

Remember, this is on a typewriter. And this number did not include revisions. Of these he sold 107 pieces. This was not just fiction but articles, poems, anything he could get his hands on to make some cash. “Nothing was too low, nothing too cheap. I wrote Sunday School stories, I wrote spicy sex stories, I wrote short stories and I even wrote a novel.”

Some stories were rejected as much as twenty-two times before selling. But each rejected tale was sent out to a new magazine the day the rejection arrived. He studied the markets, became an expert on certain military subjects, and sold to military periodicals. His success at writing sales articles got him a job as editor of a salesman’s magazine. He was paying his dues in blood and toil.

In 1934, Gruber moved to New York and lived the desperate life of a writer in the city, going to pulp mag headquarters to drop off his stories, joining writers groups. Here me met the diamond crown of pulp writers like Walter Gibson, head writer on the Shadow, Lester Dent, the man behind Doc Savage, and a young loud-mouth named L. Ron Hubbard. He also made friends with the likes of Steve Fisher, a fellow novice whose friendship helped sustain him through years of hunger.

Gruber was living on dreams and precious else during those lean, dangerous years. He played hide and seek with his landlord until he could scrounge his rent, reduced his food budget by eating “automat” soup (a meal made of the free ketchup and crackers available at the automat, stirred in a bowl, with the hot water for tea to taste), and dropping off manuscripts on foot to avoid any postal costs.

Gruber estimated that on a yearly basis there were some one hundred and ninety five million words needed “to fill the hungry maw of the pulps.” That’s about two million available per year for stories. Roughly three-hundred pulp writers were in NYC, some high on the totem pole, as well as folks from around the country and world. In short, there was a total of 1200 to 1300 competitors. Gruber had clothes, a Remington, and forty dollars left after paying in advance for a hotel room. “I had one thing else . . . the will to succeed.”

On he toiled, churning out stories. Those first two years, his total from selling his one hundred and seven pieces in a twenty two month period was $815.00: a third of which was eaten up by postage. No matter the success, his dreams seemed to keep slipping down a hungry, bottomless pit.

But he was becoming a known entity. In 1934, the editor for the popular spy mag Operator 5 called. He was in a bind and needed one more piece for his issue, going to print that morning. Gruber had a single night to crank out a 5000 word story. He knew this was a shift of luck if he was up to the task.

It was a harrowing Sunday night. He started with adventure characters Captain John Veddes and spy villain Leone Montez, but by midnight he had no plot. Ditto 2 am. By 3:30, an invasion plot kicked in about bombers awaiting a secret radio signal to dispatch their deadly payload. The story hinged on a terrible story point: Montez failed to know Veddes was a pole vault champion and could get into their secret fortress with a single leap. But there was no time to rewrite. By eight, it was done. He delivered the story at nine. Tuesday, he went to see about payment. The editor handed over the check, said it was a good story, and told him to write another for next week. “I was in.”

FEAST AND FAMINE IN TINSEL TOWN

In 1935, Gruber had written fifty-four stories and sold all but two of them. As his career bloomed, he set higher goals, aiming for those great five-cents-a-word markets like Black Mask (oh, how things have changed!). Some magazines were impossible to crack, like Argosy or the Dell mags, but that didn’t stop Gruber from trying. Then, in 1936, he was lured to Hollywood. Producers were interested in his series character, the Human Encyclopedia. Writers as diverse as William Faulkner and Cornell Woolrich had gone to Hollywood for milk and honey. But Gruber soon became disillusioned as hope and avarice crushed him: “A month ago I had not even thought of Hollywood. Now it was the foremost in my thoughts. I could not work. What was the use of writing stories for fifty, sixty, or even a hundred dollars when out there, in California, they were paying thousands and thousands of dollars?”

Waiting for agents and golden handshakes crippled his ability to write. So he said to hell with Hollywood: “I was a pulp writer. I was getting a cent a word for my stories and I could make a very good living from it. All I had to do was work like hell. Perhaps I could become a good pulp writer and get my rates up to a cent and a half a word. Perhaps even two cents a word.”

And he did. His pride got the better of him on occasion, ruining some relationships with editors that thinned his marketability. He learned to be more professional in his conduct and keep any attitude he had for the stories and not confrontations he couldn’t win. Better to write a story they’ll regret passing over than claiming to everyone you’re a genius no one can appreciate. In doing so he improved his game and managed to crack into Black Mask, the King of the Pulps, and helped Steve Fisher do the same. After that, it was upward and onward, working his ass off and creating characters and stories year after year until he passed away, two years after writing his memoir of the pulp era.

How much has changed and how much has stayed the same since the Gruber era? Old wine, new bottles? New wine, old bottles? Some lessons I’ve taken from Gruber’s epic story of survival confirm most of what I’ve learned on my own, eighty-plus years after his salad days.

1. Know the genre;
2. Know the editors;
3. Jump on opportunity when it appears, or, better yet, prepare for it if you can;
4. A cast-iron work ethic can keep you alive where others die;
5. Don’t think you’re too good to write certain kinds of stories;
6. Desperation can occasionally be a source for inspiration;
7. Pride almost always goes before the fall;
8. Pay rates for short stories are worse now than in the 1930s;
9. Colleagues who are at the same station as you are just as critical to your well being as mentors; and,
10. Always set goals that force you to grow as a writer

Now, Gruber was not writing Othello. His work will never be praised for its prose, and, let’s face, most of his work is forgotten to all but the most die-hard pulp enthusiasts. But that’s cool. He was under no illusions of what kind of beast he was, and he worked hard at being the best Frank Gruber he could be, even if it meant enduring the criticism for the poets of Greenwich Village (“they sneered that we were selling ours souls to Mammon. Well, I guess we were trying to sell our souls, but Mammon wasn’t buying.”) And he did this during and after the collapse of Wall Street. He lived lean, hard, and sometimes under the radar, but he stuck to his pistols. No matter how bad things got, he found a way to keep writing. Whatever else Frank Gruber is remembered for, let’s not forget that lesson from the Pulp Jungle.

—
Jason S. Ridler has published over thirty short stories in such magazines and anthologies as Brain Harvest, Not One of Us, Big Pulp, Crossed Genres, Flashquake, Andromeda Spaceways Inflight Magazine, Tesseracts Thirteen, and more. His popular non-fiction has appeared in Clarkesworld, Dark Scribe, and the Internet Review of Science Fiction. A former punk rock musician and cemetery groundskeeper, Mr. Ridler is a graduate of the Odyssey Writing Workshop and holds a Ph.D. in War Studies from the Royal Military College of Canada. Visit him at his writing blog, Ridlerville, facebook, and on twitter. A previous version of Work Like Hell: Lessons from the Pulp Jungle appeared in Fear Zone in 2008.