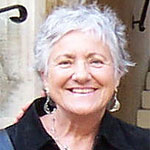 Sailing off the coast of Long Beach, we’re likely to see harbor seals sunning themselves on a bell buoy. They lift their heads lazily at our passing, perhaps wondering about our lives as we wonder about theirs; they fascinate us, these sea-dwelling mammals, teasing our imagination. If our boat comes too close, they’re likely to bark at us and slip away below the waves.

What is it that makes us entertain fantasies about mating outside our own species? Surely this can’t be in our DNA; the mule, sterile offspring of a horse and donkey’s mating, is an example of the evolutionary dead end that results.Yet since our earliest days we’ve apparently been fascinated by the non-human cultures we co-exist with, and the fantasy of strange creatures, able to shift from wild animal to human. Long before we could write, we told stories around the campfire about them, as lovers, not monsters.

We must leave out of the discussion immortal beings such as Zeus that adopt animal shapes in order to seduce human females, and those that are portrayed as half-and-half, such as satyrs and the like. The hallmark of stories about the shape shifting animal spouse is that both partners are mortal (thus the stories are fairy tales, not myths), they are each clearly one species not hybrids, and they  involve suffering for both, sometimes physical, almost always emotional.

Bruno Bettelheim wrote in The Uses of Enchantment (1975) that fairy tales were the means by which human tribes handed down their accumulated wisdom to the next generation. They are not message-free; in fact, the opposite is true. In later centuries, we seem to have watered down the messages (especially in the post-Disney world), but the continuing popularity even into our scientific age of what might otherwise be considered mere “nursery tales” tells us at least some of the original serious intention seems to be getting through.

Stories about animal spouses, shape shifters, are not exempt from this rule. The most iconic of these shape shifter stories concern the selkie, the seal that lays its skin aside and becomes human for a period of time. In these tales, a human finds a selkie’s skin on the beach and keeps it, thus trapping the unfortunate creature in its human shape. Most often, this is the result of the human falling in love with the selkie. Often compromise is reached with the selkie being allowed to return once a year to his or her home under the waves (some of the stories speak of male selkies). Sometimes, the stories turn darker, and the human spouse hides or destroys the skin, thus trapping the selkie on land forever, which often results in her pining away to death. Occasionally, this choice is made voluntarily when the selkie returns the human’s love and makes the ultimate sacrifice. Versions of this poignant tale are to be found all over the Northern Atlantic, particularly among the Celtic and Scandinavian peoples. In our time, movies such as Ondine (2008) and The Secret of Roan Innish (1994), are examples of retellings in a contemporary setting.

As Bettelheim promised, we find that these stories, like most of the world’s fairy tales, contain a message. Not just that we pay a price for falling under the spell of inappropriate love – a breaking of sexual taboo that would be sobering enough for the tribe’s ultimate survival – but that nothing good comes from a bad action. The attempt to possess another in the name of love ends in betrayal. The finder of the selkie’s skin condemns her to suffer and perhaps even to death by the very action of his love when he hides her skin in order to keep her. But the insightful psychological message of the ancient stories is even more interesting. We learn that not just bad consequences of breaking tribal/human sexual taboos result, but that both parties pay a steep emotional price.

I’m led to wonder whether our developing consciousness, with its sense of the separation of self and other, played an early part in the construction of these narratives. Certainly, the loneliness of the human that comes from a sense of being shut-out from the natural world gave rise to the yearning to transcend the boundaries through sex, the primitive, emotional path of the heart, still in touch with that natural world.

We need to be clear that the werewolf – although mortal – doesn’t belong in this category, since the turning point of werewolf stories has little to do with the betrayal of love, even though admittedly one partner (the human) comes off poorly. Here the non-human partner takes advantage of the human one. And a subset of the animal-spouse stories in which the animal turns out to be under a spell (for instance, Beauty and the Beast) also lies outside this discussion.

The animal-spouse figure isn’t limited to being a seal; Literature is full of stories of swans, deer, bears, badgers and wolves shedding their skins to mate with humans. Two recent examples of this theme in mainstream literature are John Straley’s The Woman Who Married a Bear (1993), and Louise Erdrich’s Native American story, The Antelope Wife (1998).

Not surprisingly, many modern fantasy writers have found fertile ground in such themes. Kij Johnson’s The Fox Woman (2000), a sensitive re-imagining of a traditional Japanese version of the animal bride story, is a notable example. Johnson explores the theme that the pursuit of non-human sexual partners is a threat to human survival strategies, but it also reaffirms the ancient message that good intentions are no guarantee of good outcomes; both partners and their families suffer from the illicit liaison Like all the best shape shifter stories, it evokes wonder for the mystery of the other creatures sharing our world.

Science fiction prides itself on its logical, non-magical view of things, so we might expect that fantastic liaisons between human and beast would be missing from the canon, and indeed, the shape shifting element seems to have fallen foul of the transfer of mass equations. Yet if we broaden the definition of “beast” to “non-human,” including artificial constructs of various kinds and alien species, we see that as least as far back as Lester del Rey’s “Helen O’Loy” (1938) the genre was open to discussions about the possibilities of  human/non-human partnership. Theodore Sturgeon, a much wiser writer, contributed several memorable pieces involving alien attraction and the price that needs must be paid.

More recent examples have remained true to the spirit of the ancient tragedy of impossible love with its hard lessons.  Tanith Lee’s The Silver Metal Lover, while strictly speaking not a  shape shifter story, is a modern use of the Romeo and Juliet plot, where the lovers come from species as different as human and robot. At least part of the power of Lee’s story to move us is that we recognize the basic theme early on and know its inevitable consequences, yet we hope anyway for a happy ending. (We have been misled by Disney to believe that fairy tales always have happy endings; on the contrary, most of the original versions involve suffering and bloodshed, and in many tales, loss of all hope.)

Recently I came across a science fiction story that embodies both the forbidden love aspect and the shape shifter theme: “The Djinn’s Wife,” by Ian McDonald (2006). In a near-future India, a young entertainer falls in love with an “aeai’s” avatar that materializes to compliment her on her dancing. An artificial intelligence, of course, isn’t mortal, but nor is it a god; it’s the ultimate shape shifter, since an AI has no original shape but can manifest endless avatars. The story of their impossible love and resulting marriage in violation of tribal taboo,  plays out against a backdrop of a technologically advanced but ecologically ruined India. True to the spirit of the fairy tale, this version of inter-species attraction turns on traditional themes of possession, jealousy, and ultimately, betrayal.

This is what science fiction does best, embodying the old tribal wisdom in new scientific clothes. Carl Gustav Jung taught (The Hero With a Thousand Faces,1949) that there are no new stories, only old ones endlessly re-cast and retold. The power we experience in stories is directly related to their grounding in much, much older myths and fairytales told by our ancestors at the dawn of history. Yearning for experience – including sexual – outside our normal human lives, we’re attracted by the different, the taboo, to the extent that at times our passions overrule our common sense. This will continue to be true even in a starfaring future. The more things change, apparently, the more they stay the same at their emotional core.

We’ve always known the secret message of the selkie: there’s a steep price to pay for transcending the boundaries of the tribe. It probably won’t stop us trying, anyway. After all, that’s what makes us human.

—
The author of eight novels, more than thirty short stories, dozens of poems and articles about science fiction, Sheila Finch has received several awards, including the Nebula Award, the Compton Crook Award for Best First Novel in the Field, and the San Diego Book Award for Young Adult fiction. She has given workshops at writers’ conferences all over Southern California and recently retired from twenty-eight years of teaching creative writing and science fiction at El Camino College, California.  She lives in Long Beach, California, with a cat and two retired racing greyhounds.

To learn more about Sheila, see her website or read her blog.