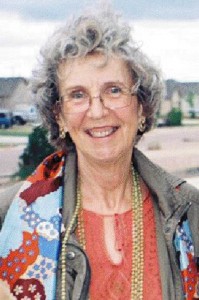 DECEMBER 1, 2010–Longtime SFWA member Cynthia Felice was appointed to the position of ombudsman by John Scalzi, president of SFWA, on Monday, Nov. 29, 2010.

“I was delighted to offer Cynthia Felice the position of ombudsman, and even more delighted that she accepted,” said Scalzi. “As a former ombudsman myself for the University of Chicago, I know how useful the position can be for the well-being of an organization. Ms. Felice’s experience, both with the role and with SFWA, ensures our members’ concerns will be heard.”

The ombudsman serves as the members’ advocate to the board of directors, on any issue of concern to the organization or its individual members. The ombudsman reports directly to the president. Felice replaces Lee Martindale, who served as ombudsman from July 2008, when then-President Russell Davis created the position, to July 2010, when she was elected South-Central Regional Director.

A member of SFWA since 1976, Felice is a science fiction novelist and was a John W. Campbell Award nominee in 1979 after publishing her first novel,  Godsfire. She also publishes short fiction in science fiction and horror markets. Felice is a workshop enthusiast, including being an early Clarion alumna and a frequent Milford attendee, and she currently participates in local workshops.

Felice has previously served as ombudsman for United Technologies Microelectronic Center (then known as UTMC.) She had a long career as a manager in the computer and electronics industry. Her experience includes managing technical editors, writers, and designing configuration control software, as well as writing and editing technical articles, essays, and documents, one of which received the award for outstanding paper from the Society for Technical Communication. Felice grew up in Chicago, now lives with her husband on a ridge east of Colorado Springs that overlooks the Rocky Mountain Front Range.

Scalzi solicited recommendations for the post from SFWA’s board of directors, and asked former ombudsman (and current board member) Martindale to prepare a short list of qualified candidates, from which Felice was selected.

“I’m especially pleased to be appointed ombudsman for SFWA where I can work closely with colleagues I already know and those I’ll soon know better. My job is to provide a safe and confidential channel to help resolve misunderstandings, disputes, and disagreements that are inevitable in a complex organization like SFWA. John Scalzi assured me that I have his direct ear whenever needed and the support of the officers, which are essential in an effective ombudsmanprogram. Be assured that I’m going to do my very best to be neutral and impartial in working with you to resolve issues and concerns. I’ll provide more information in other forums. Meanwhile, make note of the e-mail above and if you have any questions or concerns, contact me.”