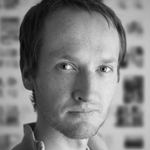 Before starting any discussion or argument it is useful to define terminology and to make sure that the words used are generally understood. Typography is a craft that has been practiced since Gutenberg’s invention of movable type. According to the latest definition from the Encyclopedia Britannica, “typography is concerned with the determination of the appearance of the printed page.” Other dictionaries, such as Collins English Dictionary from 2004 define typography as “the art, craft or process of composing type and printing from it.” Understood this way, no typography was made before the mid-15th century, as it is strictly linked to the invention of the printing type. Understood this way, digitally created letters that appear on an electronic screen also escape this definition.

This is, of course, the problem of definitions, which are not as flexible as the activities which they define. In the Royal Academy of Arts in The Hague, where I teach part time, the most useful definition of typography comes from the long term teacher Gerrit Noordzij, saying that “typography is writing with prefabricated letters.” Unlike the dictionary definitions, this one is deliberately avoiding connecting typography to any specific medium, as they tend to change, yet the discipline continues evolving. Noordzij’s definition also implies a complete distinction from lettering, handwriting or graffiti, which are also concerned with creating letter-shapes, but don’t offer a repeatable system of setting these letters.

Digital technologies stimulated unprecedented possibilities which blur even most open definitions of typography. If repetition of shapes was the central concept of typography, many designers are working in ways that challenge this concept. OpenType fonts can include random features, which can simulate unpredictable behavior of handwriting, or simply present seemingly incoherent library shapes.

For the past year, I’ve been working with dancers from Netherlands Dance Theatre in The Hague on creating a tool that translates text into simple choreographies. A user types a word in a typesetting-like application that plays back this word as an uninterrupted dance sequence where the dancer’s body temporarily makes positions recognizable as letters.

Is this typography? Projects like this, and many others using existing digital possibilities, seem not much worried about it, as they use typographic principles to create autonomous work that cross boundaries of various disciplines. It seems that typography itself matured into a new creative discipline in which the majority of typographers work in a way that is guided by historical understanding of the word, yet there is room for experimentation which explores the boundaries of the profession.

In other disciplines, such debate is in fact a sign of new self-consciousness. Novelist Milan Kundera argues that a contemporary novel is no longer defined as a fictional narrative in prose, but can include various forms of writing: poetry, short-story, or interview. Kundera’s books include parts which are philosophical, political, comical, while still being firmly part of a novel. The ability to absorb these various forms is Kundera’s definition of novel. Similarly, a larger understanding of typography, which is no longer defined by technology, but evolves with it, may open this discipline to new creative endeavors.

Born in Czechoslovakia, Peter Bil’ak lives in the Netherlands. He works in the field of editorial, graphic, and type design, and teaches part time at the Royal Academy in The Hague. He started Typotheque in 1999, Dot Dot Dot in 2000, and Indian Type Foundry in 2009. Besides fonts at Typotheque, he has also designed fonts for FontShop International (e.g. FF Eureka). Member of AGI (Alliance Graphique Internationale).

This essay originally appeared in Typotheque.