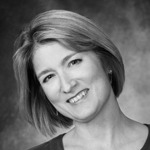 When I think about the history of fantasy writers using history, JRR Tolkien is the author that first pops into my head. Many view him as the “father of modern fantasy literature,” and his work is known for its Germanic–particularly Anglo-Saxon and Nordic–and possibly Celtic mythological and historical influences.

What I discovered is that William Morris–who had one wild head of hair, but I digress–was a fantasy writer who influenced Tolkien, CS Lewis, and others. His prose romances were published in the late 1800s, and some see him as the first fantasy writer to create completely imagined worlds–but these fictional places emerged from Morris’s views of the cultural, political, and historical past. A 1912 Times Literary Supplement reviewer said that Morris “was always concerned with the future even when he seemed most absorbed in the past. He turned to it, not to lose himself in it, but to find what was best worth having and doing now.”*

Since Morris’s time, many fantasy writers have created fictional worlds using history as their foundations. Each writer has had to decide just how much history to use. I mean, and this is where it gets fascinating, where does one stop? Will history be foundation only, or frame too, or is history bounding creative worlds with walls and ceilings, which then can perhaps be labeled more purely historical fantasy? Do some writers blend history and fantasy, freely borrowing details from each, so finely and expertly, that pulling out the history would collapse their fictional worlds entirely?

Kate Milford has a set of writing guidelines she follows when creating her history-infused worlds. She uses “enough historical detail to solidly evoke time and place, but no more.” And she restricts her narrative to what could have been possible, if only history had gone in a different direction. In that way, the reader is not pulled out of her stories trying to reconcile facts and fiction. For example, Kate’s current work The Broken Lands “takes place about five years before the great hotels of Coney Island were built,” so Kate is free to build her own hotels. She likes to create her own world “within the confines of the historically believable.”

Kiki Hamilton has a similar philosophy. She’s fascinated by the missing pieces of history, the parts that have slipped through the cracks and have not been documented, and she sees those unknowns as opportunities for creative exploration. Like Kate, she’s committed to getting the history right. She set her novel The Fairie Ring in 1871 London and chose that particular year so that her characters, the princes Leopold and Arthur, “were accurately portrayed.” It’s important to her to “stay historically correct in the non-fantasy portions of the novel.”

In her first book The Unnameables, Ellen Booraem “imagined an island way off New England that had been settled by disenchanted Massachusetts Bay Colonists” but was “then dropped out of history except for the periodic trade voyages to the mainland.” What’s really interesting about Ellen’s set-up is the culture and language of her imagined island began as late 17th century England, but as her island moved forward in time within her narrative, it diverged from that historical starting point. Ellen says that “it was a complete hoot trying to figure out when the culture stuck to its own path and when it incorporated ideas from outside – sweaters, for instance.”

Laura Williams McCaffrey likes using “lived history” in her stories – “the experiences of people living through historical moments” with “sounds, smells, textures” and “the kinds of ideas that people argue over at the dinner table, or ideas that influence choices they make.” Laura has always used research to get these details right. For her novel Water SHaper, two texts were particularly helpful: Barbara Tuchman’s A Distant Mirror and David Thomson’s The People of the Sea.

Certainly these “sounds, smells, textures” from the historical past can be found in Tamora Pierce’s work. Her imagined worlds feel very real. Her ability to capture that authenticity so well might stem from her early obsessions with history and legend. As a child, Pierce read “anything and everything” she could find about “the knights, the Crusades, and the Middle Ages,” and then, in middle school, moved on to read about the knighthood in “fantasy novels and Arthurian legends.” She then–without doing research on medieval life–wrote her first book about “a girl disguising herself to serve as a page and squire to achieve her knighthood.” But she realized she had indeed done research: “back when I was very young, reading articles in encyclopedias because I liked finding out more about knights.”**

Carmen Ferreiro-Esteban–who grew up in Spain–was influenced by her schoolgirl studies of Spain’s two-thousand year history. Her novel Two Moon Princess is about a Spanish girl–Andrea–who journeys through a portal to present-day California from a parallel world, a world similar to 12th century Spain. Although Andrea’s world is fictional, Carmen wanted to ground it in an historical reality, so she established that her protagonist’s “ancestors had come to her world from northern Spain in the year 711.” Carmen says that all her hard work in her history classes paid off. (Yay, history teachers!)

Other writers have used their interest in a particular country’s culture as inspiration for their fictional worlds. For her work-in-progress, Pamela S. Turner “delved into 12th century Japanese history for the skeleton” of her plot: “the milieu is not obviously Japanese, but anyone familiar with the Gempei Wars will notice all sorts of parallels.” Sarwat Chadda is “a huge fan of Russian mythology and history” and has used “extensive references from that culture, the Romanov dynasty, the old fairy tales and its chief heroes and villains, especially the tales centered on Baba Yaga, the archetype of the wicked old witch living in the forest.”

Ah, but now we’re getting into the use of myths and legends in fantasy, and that will have to wait for next time! 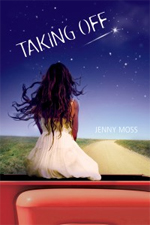 Jenny Moss is a former NASA engineer, with a master’s degree in literature. She is the author of MG/YA historical fiction and fantasy. Her works include Shadow, Winnie’s War, and Taking Off. She lives in Texas.

A previous version of this post appeared at The Enchanted Inkpot. 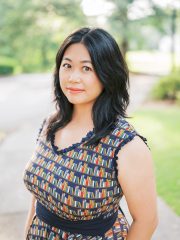