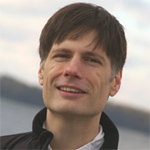 It occurred to me today that there’s a ready-made tool out there for generating writing prompts, whether for fiction or nonfiction, tailored specifically to the interests and tastes of the writer. It goes like this:

Click this link (or the “Random article” link on the Wikipedia site) to bring up a random article on Wikipedia.

As simple as this process is, it has some nifty advantages:

• It offers almost a limitless number of possible writing prompt subjects
• Since it runs on what attracts your attention, it’s specifically tailored to your tastes and interests
• If you keep a particular project in mind while doing this, you can generate ideas for that project–which could be a godsend if, for instance, you’re stuck
• It also offers information and pictures that may relate to your writing topic
• It’s free
• It’s available anywhere you have access to the Internet
• It won’t work the same way for any two writers
• It can be surprisingly educational
• You don’t have to pay attention to anything that isn’t interesting to you

I’m usually a bit reluctant about using writing prompts that are offered to a group because of the danger of similarity in stories and because a given prompt may or may not interest me personally. The Wikipedia Prompt Trails approach appeals to me because it offers individually-tailored prompts instead, avoiding both problems.

For example, I clicked the link and got Graeme Lee (a New Zealand politician).

From that short and not particularly fascinating article I followed the link for Leo Shultz (another New Zealand politician), whose name I liked, probably because it reminded me of cartoonist Charles Schulz.

That led me to Hauraki (a New Zealand electoral division), and from there to Coromandel (the new name for Hauraki), both because the names sounded interesting. That led me in turn to the Ngatea (a small town in New Zealand), again because of interest in the name, which turned out to be in the Waikato Region, where I clicked on the link for Invasion of Waikato (part of the wars between the Colonial Government of New Zealand and the native Māori people), because invasions tend to be interesting and the novel I’m writing deals with one.

That brought me to the article on General Sir Duncan Alexander Cameron, who led some of the invading Colonial forces. I found my writing idea on that page, where I read that “One historian at least believes that Cameron deliberately allowed the besieged and surrounded Māori at Orakau to escape. This of course did not please the New Zealand public, who wanted the Māori to be punished …” A general letting a defeated native enemy force escape piques my interest, and offers a frame on which to hang a story (or, if I were inclined, a subject to research for an article or essay).

Total time to get this story idea: about 180 seconds.

Luc Reid is a Writers of the Future winner whose fiction and nonfiction have appeared in Brain Harvest, Abyss & Apex, Strange Horizons, Clarkesworld, and elsewhere. He writes a column called “Brain Hacks for Writers” for Futurismic, is member of the flash fiction group The Daily Cabal, and founded the Codex online writers group, whose members garnered eight Nebula nominations this year. (None were for Luc himself, but he’s still darn proud of his fellow Codexians.) His books are Talk the Talk: The Slang of 65 American Subcultures (with an electronic edition expected out this month) and Bam! 172 Hellaciously Quick Stories. He blogs about writing and the psychology of habits at lucreid.com, where this post originally appeared, and can be found on Twitter @lucreid.