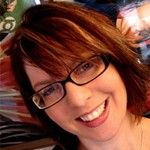 For April Fool’s this year, I was one of three authors who penned a satirical collection called Paths of Storytelling to celebrate Vampire: the Masquerade’s twentieth anniversary. For most of the day, I was glued to the internet, wondering what reader’s reactions would be.

Coupled with an impromptu squirrel riff off of The Raven, I didn’t get much else accomplished that day or the next – and I was hopping mad about it. I asked myself a few, pointed questions: Did I really need to know what reader’s responses were going to be? How much do I need to engage on social media to promote myself or my books, anyway? Will people buy the projects I write because I wrote them, or because it’s a subject they want to read?

Then, I asked myself that question. That scary, grab-your-keyboard, query to end all queries.

These questions, coupled with a very long list of goals I wanted to accomplish, plagued me like a broken plot. I was already hoping to cut down on my usage of these tools, but the underlying questions caused me to do something I never thought I’d do: I started a one-hundred day sabbatical from all social media from April 4th through July 13th.

Things to Keep in Mind
Before I go any further, there are a few items of import I’d like you to keep in mind. First? I’ve applied the word “introverted” when describing authors in the past. If I ever say that, please understand I do not mean “all writers live in small cabins far removed from civilization and do not shave or wear brightly-colored clothing.” Like playing a solo, writing is an introverted activity. You can be the most social person in the world and still be a writer, but when you do? The words you type are coming from your head — not an alien hive mind. Not yet, anyway.

Second, I’ve worked with social media both in a professional and personal capacity. I look at this sabbatical as an “experiment,” and I’ve dubbed it as such on my blog as 100 Days: Turning the Lights off on Social Media. Sometimes, my moments of insight originate from having distance from a problem, topic, etc. So to understand a thing, I need to observe it from a distance.

Third, and most importantly, the reason why I’m sharing these experiences is not because I want you to say: “Oh, crap. Well, this article on SFWA said I should be doing this, so that’s what I’m going to do.” Or, be afflicted by the “Curse of Well, Actually” and tell others what to do on social media.

Simply, I hope that you understand I feel online marketing is a contemporary topic that faces all authors in this digital age. No two marketing plans are alike; we each need to figure out what will work best for ourselves. These are my experiences, and I’d love to hear yours.

Ten Days to Decompress
On a typical day, I’d grab a couple cups of coffee and leave Twitter open on my second monitor. My status on IM would either be “busy” or “green” depending upon how involved my activities were. I’d write in short bursts, take a quick break, rinse and repeat. Most of my writing would be outlined or plotted out beforehand, so the sprint method worked really well for me.

When I went “dark,” I had no idea how much it would affect me. Less coffee included! The first five days were extremely rough, because there were a number of things I use the tools for that I simply couldn’t. Here’s a list of some examples:

By forcing myself to circumvent these tools, I felt I took a trip back in time. I have been blogging more often and some readers have picked up on my sabbatical, so they’ve been using the comments feature on my posts.

Each day I wasn’t connected, I was consciously aware that I was slowing down my availability and accessibility to other people. Around the fifth day, I was a little lonely because I wasn’t talking “to” people online anymore — just off. My notification e-mails decreased significantly. (This didn’t surprise me any, because it’s a well-known fact you have to use the tools to get anything out of them.) So I started paying more attention to my world and scheduled coffee trips, reconnected with friends, etc. I wasn’t able to understand what new and shiny thing happened on Facebook or Twitter, but when I did hear about it – it was new to me.

All in all, it took ten days to decompress from the near-constant stream of social media noise. I’m happy I know this now, because if I ever feel like I’m too connected, that’s the break I need to feel human again.

Impact on My Work
I’ve now passed the thirty day mark, and have noticed what impact this experiment is having on my work.

The area I noticed the biggest difference in my work, was in my revisions for longer forms. I used to constantly lose track of where I was and start over from the beginning. When I was frustrated with yet-another-plot-thread, I found not having any distractions forced me to make a decision – cut or keep – rather than procrastinate. Lesson learned: I can be on Twitter and Facebook when I’m writing a novel/novella, but need to carve out chunks of time when I’m revising it.

My short form has been impacted in a profound way. Not sure why this is so, but I’m wondering if it has something to do with not writing or replying to status updates. (Which is a short form in and of itself.) My prose (and my plot) is more fluid on the first draft. The revision process is more focused, too. Lesson learned: Avoid Twitter and Facebook during the writing and revision process for short fiction.

For my non-fiction, I’m not sure it’s been affected in a good way. I feel I’ve lost the ability to sound contemporary because I don’t know what everyone else is talking about. I don’t feel as rushed when I’m writing nonfiction and the prose is a lot more varied, but it takes me longer to research. In a way, I feel that I’m behind-the-times. Lesson learned: Twitter and Facebook are excellent for market research and tapping into healthy communities as an observer helps match the reader’s expectations.

Interesting Reactions from Other Authors
Part of my experiment has been to talk to other authors about how they use social media. People’s reactions have ranged from “You’re going to kill your career” to “That’s the smartest thing you could do.”

The funny part about that is: the reactions were split into two camps.

The authors who were skeptical and shocked by this hiatus were either a) not novelists or b) write-for-hire. Probably the worst lines I heard were variants of: “No publisher will buy your work, because they expect you to be online.” Much of what was said to me were snippets of what I’ve heard before from social media “gurus” or people enamored with the tools and their popularity. (I used to be one of them.) Not to derail this article, but this did lead me to the conclusion that there’s a lot more crappy advice out there than I realized.

Part of my frustration with this advice, is that I’ve experimented with my “audience” before. Not everyone who follows me on social media is a reader, and not all of those readers equate to buyers. Additionally, my entire audience doesn’t read every update I put out there, either. The tools are time-sensitive and rely on engagement — which is why a lot of people use them as often as they can, in the hopes they’ll reach more people. However, if I don’t have any work coming out, or if a project I’m working on gets tabled, then why do I have to be on social media day in and day out?

Those who agreed with me, that these tools are not a marketer’s “second coming,” were hard-core authors who are a) selling their work and b) writing seven days a week. The distinction was so clear – it left no question in my mind. If I want to be a successful novelist, then I shouldn’t be afraid to be selfish and focus on my own work and my own path. (By the way, this realization has also caused me to examine if, when and how I give out writing “advice” anymore.)

Before I add my closing thoughts, I’d like to share with you some quotes from other authors about how they use social media. Ann Voss Peterson, who just released Flee with J.A. Konrath, writes: Social media is a useful way to interact with readers, and it’s a lot of fun, but it can easily get my muse off track. Social media’s focus is outward. Writing fiction requires a writer to look inward. To be productive, I have to remind myself every day that the writing comes first.

I absolutely agree with Ann and have had the same experiences. Lori Devoti, who just released Demon High, writes: I love social media, and while I use it to promote, I don’t stress myself out over whether I am getting results from those efforts. To me social media is about building connections and having real interactions with people who happen to be readers. In the long run I believe this is much more effective than Tweeting every five minutes about my latest release or blog post. So, while I do Tweet those things, that use is not the driving force behind my social media presence.

The Jury Thus Far
So far, my hiatus has had a profound impact on me in ways I’m still discovering. I feel like I’ve left the schools of fishes swimming in and around one another and have sunk to the bottom of the internet ocean. When I was using the tools, I was more in tune with the world around me and knew what trends were popular and what jokes were not. I knew what books were being released, connected with long-distance authors and friends more easily, and had a lot of fun. Now that I’m not, my focus is on me and my work, which has pushed me into several new directions.

My thoughts on social media have been reinforced by my hiatus, and I continue to struggle with its value from a data-driven/cost-benefit perspective. Just how much do I need to “do,” to be visible? Should I forget about assuming readers will want to buy books they hear me talk about on Facebook or Twitter? Are publishers savvy enough to understand that social media marketing may take a lot of time out of an author’s schedule?

One thing is clear: this temporary hiatus is helping me establish some ground rules for interaction when I do get back online in mid-July. By having that foundation, I’ll know how much is “too” much before it starts having a negative impact. The time off has helped me establish a baseline of my writing habits, too. Having that information now, before I go any further in my career, is crucial to my plans for world domination.