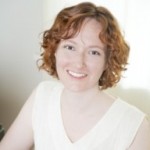 So… You’ve wondered what this new social network is good for. Fair question. Google+ offers one thing that I think is amazing for writers and other creative types. The hangout. This is basically a video group chat but a little fancier.

I’ve been using it to have writing sessions with other writers and Edward Champion asked me for instructions on how to do it.

Truly, this will work for any form of creative work in which one usually is locked into solitary confinement. The goal with these hangouts is to have a little bit of socializing to break up the process of creation. At the same time, having folks around makes it easier to not get distracted by my sudden pressing need to vacuum the cat.

I’ve played with this for the past several days and it’s kind of like hanging out at a coffee shop but I get to bring my own cats and don’t have to worry about what part of the world the other writers are in.

You can pick any structure, but this one seems to work well.

1. Put up a post saying that you are going to have a writing date at [x] time OR just spontaneously open a hangout.

2. As soon as the hangout is open, place a comment on it that states that it is a writing date and what the parameters are.

3. Suggested parameters: “We’ll chat for fifteen minutes. Then at quarter past we’ll start writing for forty-five minutes. On the hour, there’s another 15 minute break for chat… Rinse and repeat. If you want to join in mid-way, that’s fine, but we’ll just wave at you until the next break.”

4. Continue until you need to log off. If the other participants are still going, they will be able to keep writing after you leave.

(Nina Kiriki Hoffman uses this time cycle real life hangouts. Thanks to Amy Sundberg for drawing my attention to it)

The advantage of the time method is that anyone joining after the start can look at the clock and know whether they are coming in during social time or writing time.

We’ve also had groups in which some people were writing and some were drawing.

Mix and match the instructions to come up with something that works for you. But definitely– Hang out and be creative.

FAQ:
Q. Do I have to have a camera?
A. No. We’ve had people join in who were chat only. It works fine.

Q. Isn’t it weird having people watching you?
A. If you squish the screen over to the side, everyone is really, really tiny. The screen rotates so a different person is in view.

Q. What if I need to take a break before the time is up.
A. Do! Just know that you are a total writing wimp. (Just kidding).

Q. What if I want to listen to music?
A. That’s okay, just mute your microphone so you don’t bother the other writers.

Mary Robinette Kowal is the author of Shades of Milk and Honey (Tor 2010) which is a current finalist for Nebula Awards. In 2008 she received the Campbell Award for Best New Writer.  She was a 2009 Hugo nominee for her story “Evil Robot Monkey” and a 2011 Hugo nominee for her short story “For Want of a Nail.” Her stories have appeared in Strange Horizons, Asimov’s, and several Year’s Best anthologies as well as her short story collection Scenting the Dark and Other Stories from Subterranean Press.

Mary, a professional puppeteer and voice actor, has performed for LazyTown (CBS), the Center for Puppetry Arts, Jim Henson Pictures and founded Other Hand Productions. Her designs have garnered two UNIMA-USA Citations of Excellence, the highest award an American puppeteer can achieve. She also records fiction for authors such as Kage Baker, Cory Doctorow and John Scalzi.

She is the Vice President of Science Fiction and Fantasy Writers of America. Mary lives in Portland, OR with her husband Rob and a dozen manual typewriters.

Book 2 of The Faery Rehistory finds the Irish queen’s cousin reluctantly sitting on the throne of Faery. Even more reluctantly, he’s taken the daughter of the Icelandic elf king into his court as a political prisoner. A shadow hangs over them both.